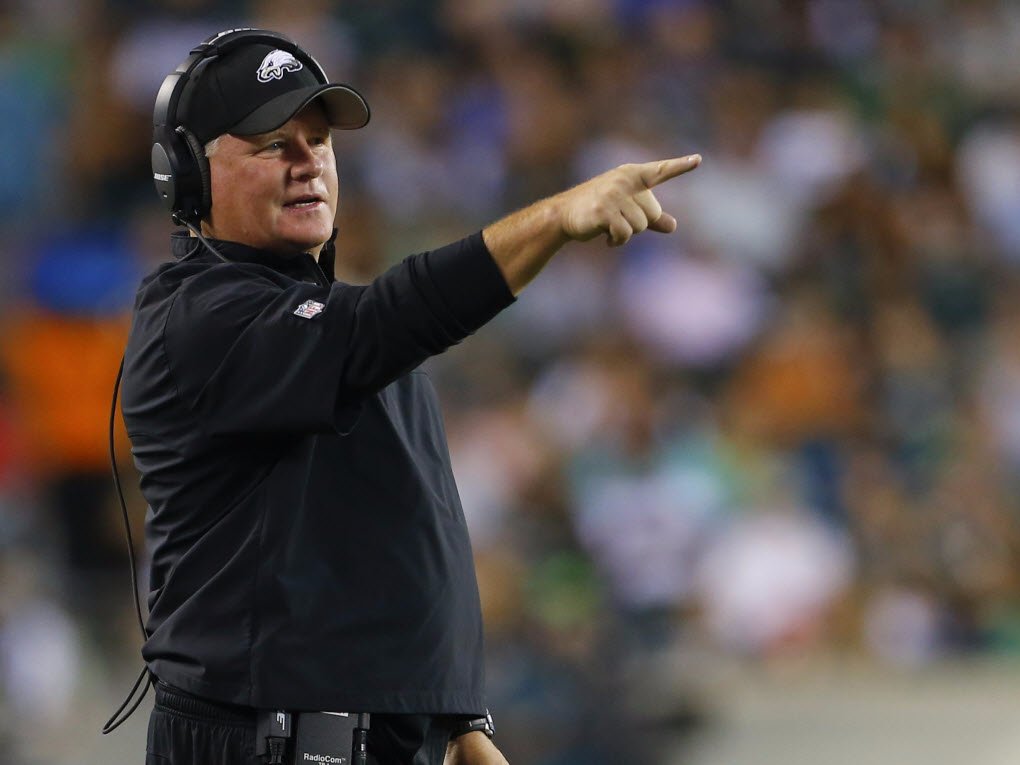 The 57 most mesmerizing sports photos of 2015

The highest-paid player in the NFL at every position

NFL POWER RANKINGS: Where all 32 teams stand going into the final week of the regular season

After the Philadelphia Eagles fired Chip Kelly, it didn’t take long for speculation to begin on where he will end up next.

Well, if Kelly has his way, it will be with an NFL team, not college.

Jay Glazer of Fox Sports spoke with Kelly not long after the firing. According to Glazer, Kelly was disappointed with how his stint with the Eagles ended, but that he understands why it happened and did not fight it.

More importantly, with many wondering if Kelly will try to stick in the NFL or return to college football where he had more success, he told Glazer his desire is to remain in the NFL.

Just talked to Chip Kelly, disappointed how it ended but knows it’s a results-oriented biz. Insists he wants to remain in the NFL, not college. Was pulled into mtg w owner, said he didn’t fight the decision.

Glazer also reports that Kelly “insists he does not want to be the personnel guy” at his next job. Reportedly, Kelly was fired because he refused to give up control of personnel moves with the Eagles.

The obvious move that everybody is already speculating about is the Tennessee Titans. The Titans fired head coach Ken Whisenhunt earlier this season and are currently led by Mike Mularkey, who is serving as interim head coach.

The Titans also have quarterback Marcus Mariota, who thrived under Kelly’s offensive system at the University of Oregon.

Ian Rapoport of the NFL Network reports that a few weeks ago, he was told by a Titans’ source that Kelly was not on their list of coaching candidates because he was still under contract. If Kelly was still employed by the Eagles, the Titans would have been forced to compensate the Eagles, presumably with draft picks, if they wanted to hire Kelly away from Philadelphia.

While the source didn’t say the Titans would be interested in Kelly if the situation was different, the easy leap here is to believe that their thinking would now be different.

Still, even if the Titans want Kelly and even if Kelly wants to stay in the NFL, there will presumably be other offers, especially from the deep pockets of some bigger college football programs. One possibility is the University of Texas, where Charlie Strong is in his second disappointing season. It is safe to assume that at least some of the school’s wealthy boosters will want the school to go after Kelly.

There could also be some other high-profile openings in the NFL after the season, including the Dallas Cowboys and New York Giants, two teams where there is heavy speculation that they will fire their current head coaches.

Chip Kelly is suddenly the most interesting free agent in the NFL.

NOW WATCH: Lance Armstrong likes his chances in the US government’s $100 million fraud lawsuit against him