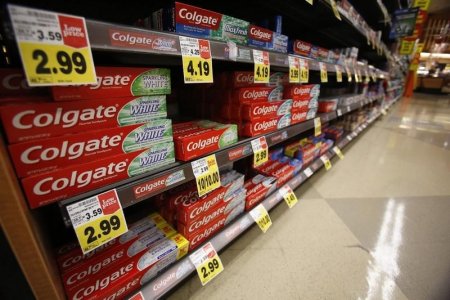 (Reuters) – Colgate-Palmolive Co said on Thursday it would cut more jobs under an extended restructuring program as the world’s largest toothpaste maker grapples with tough macro-economic conditions, including a strong dollar.

Colgate, had earlier said it expected to complete the program this year and cut about 2,700 to 3,200 positions.

The company, which gets more than three-fourths of its revenue from outside the United States, has been raising prices to counter the impact of the stronger dollar.

But that has hit volumes in regions such as Latin America, the company’s biggest market by sales.

Colgate said on Thursday it would take pre-tax charges of $1.41 billion to $1.59 billion by the end of December 2017, up from the previous $1.28 billion to $1.44 billion it had estimated under the original program.

The company also said it would cut costs on its supply chain and focus on expanding its commercial hubs.

Colgate’s shares were flat at $68.23 in after-hours trading on Thursday.

(Reporting by Yashaswini Swamynathan in Bengaluru; Editing by Chris Reese)