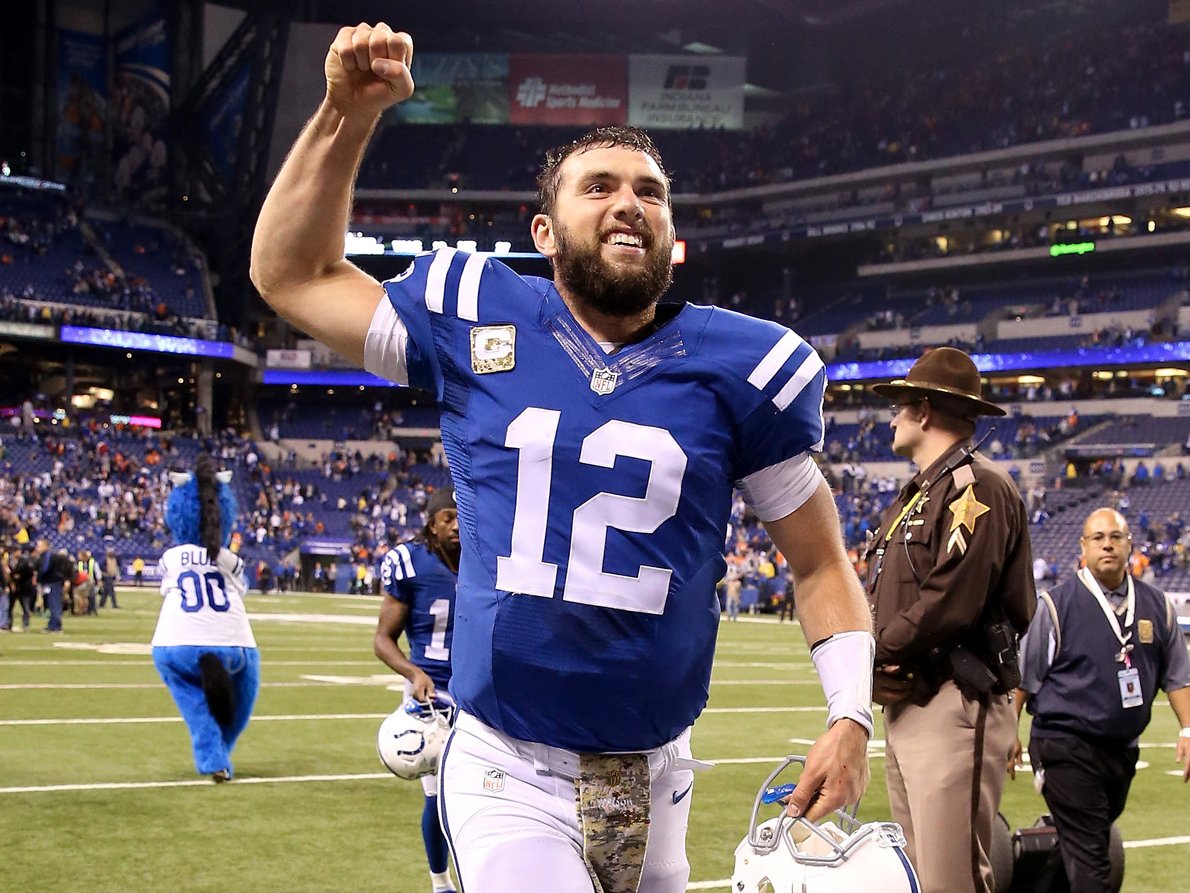 Andy Lyons/GettyJim Irsay’s comments should give Andrew Luck plenty of reason to celebrate.

The 2015 regular season didn’t go as planned for Andrew Luck.

Expected to have a breakout year, Luck instead missed nine games and played poorly when he was in because of an injury.

But that doesn’t mean the Colts don’t want to keep Luck around.

Luck will be eligible for a contract extension this offseason, and Colts owner Jim Irsay told WISH-TV that the team already had plans for that extension.

“Andrew is going to be here,” Irsay said. “I don’t know when that might be, but it’s just a matter of time before we talk about this new contract and agreed to. It’s going to be a big number. It’s going to be a shocking number, nine figures and probably a 20 (million) starting point per year, but again we will find the right number to get to.”

As Around the NFL’s Conor Orr noted, nine figures is not all that shocking, as Joe Flacco, Aaron Rodgers, Drew Brees, Matt Ryan, Cam Newton, Tony Romo, Colin Kaepernick, and Jay Cutler have all signed contracts that large.

What could be shocking is how much money the Colts guarantee in that contract, and with the NFL’s salary cap rising, Luck could seriously cash in.

Consider that both Philip Rivers and Eli Manning signed $84 million contracts with $65 million guaranteed. As we noted at the time of Rivers’ extension (Manning’s came later), that was more guaranteed money than any of the top contacts to that point: Not only is Irsay saying Luck will get a nine-figure deal — he’s also saying it will be worth $20 million or more each year. There’s a good chance this could be a record-breaking contract.

Now, as with Russell Wilson’s contract, the Colts could front-load that deal, giving Luck a ton of money in signing bonuses and then essentially making it a year-to-year deal with team options. With Luck’s injury history and regression last season, the Colts may want to protect themselves against any unlucky collapse.

Regardless, the Colts seem all-in on Luck, and as a result, Luck seems on the verge of getting a massive payday.