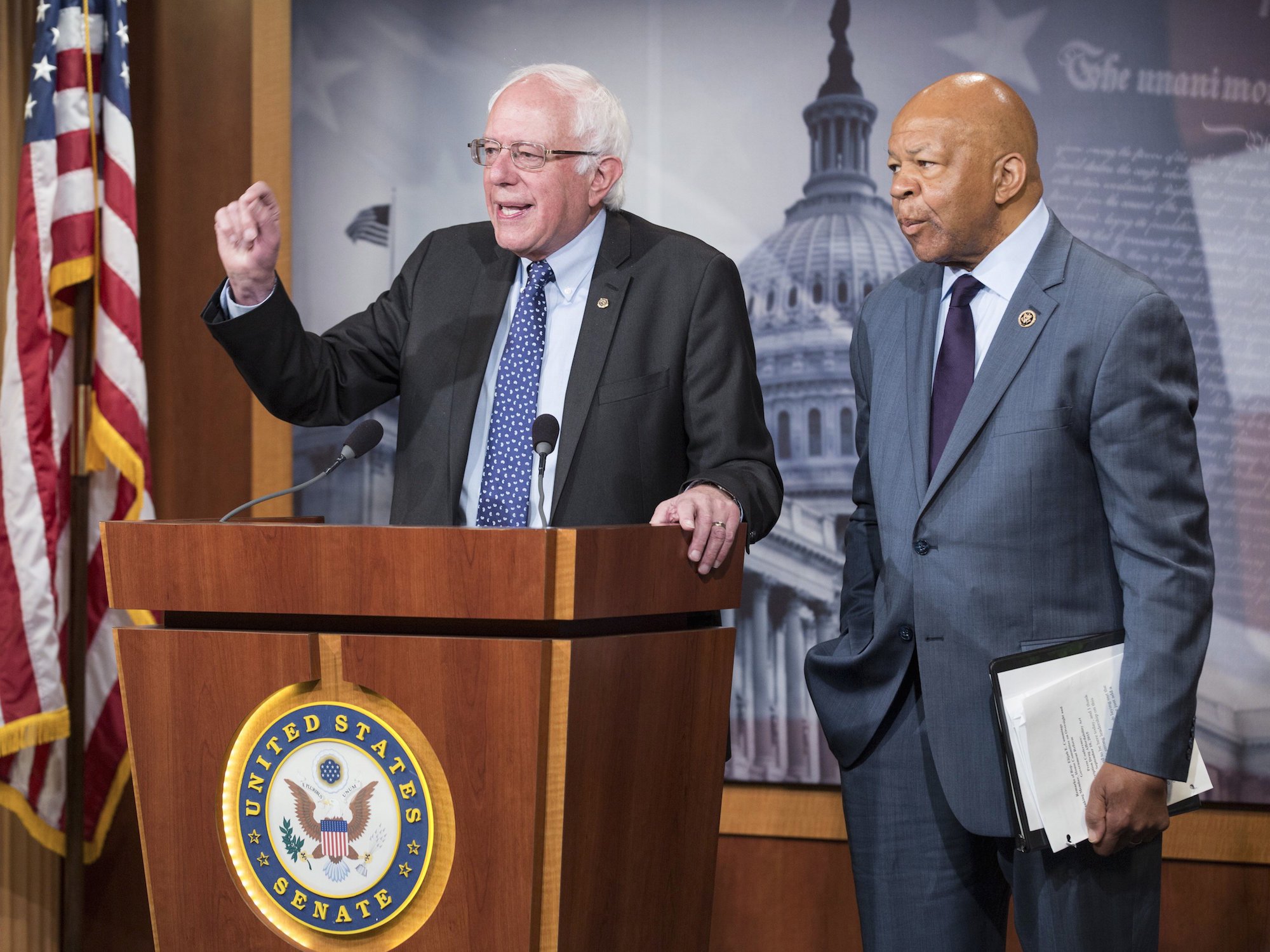 Congress is going after another drug maker’s pricing tactics.

In a letter to the National Institutes of Health (NIH) and the US Department of Health and Human Services (HHS), 12 members of Congress asked the government agencies to bring down the price of Xtandi, a drug used to treat prostate cancer.

The drug costs $129,000 for a course of treatment in the US, but just one-third of that in countries like Japan and Sweden, the legislators argued.

Xtandi was developed by California-based biopharmaceutical company Medivation and Japan’s Astellas Pharma. Medivation was down about 5% in after-hours trading on Monday after the letter was made public.

The legislators, including Sen. Bernie Sanders (I-Vermont) and Rep. Elijah Cummings (D-Maryland), asked the NIH and HHS to hold a public hearing that would determine whether they should use “march-in rights” that would allow them to lower the price of the drug, even though it’s under patent protection.

Cummings and Sanders have gone after other pharmaceutical companies in the past, in particular Turing Pharmaceuticals and Valeant Pharmaceuticals, which are known for buying up old drugs and jacking up their prices. Xtandi is different from other such targets because it’s still on patent and hasn’t drastically risen in price since its approval.

These march-in rights to set new prices have not been used since their inception in 1980 in the context of high pharmaceutical prices, the letter said.

Xtandi, otherwise called enzalutamide, is used to treat late-stage prostate cancer. It was originally approved by the US Food and Drug Administration in 2012 for its ability to increase how long patients survived.

In response to the letter and its reference of the list price of the drug, an Astellas spokesman said:

“Xtandi is a standard of care for advanced prostate cancer in the United States and widely available as is evidenced by the 20,000 patients who received it in 2015. During 2015, 81% of privately insured patients paid $25 or less out of pocket per month for Xtandi and 79% of Medicare patients paid nothing out of pocket per month for Xtandi. For eligible patients who do not have insurance or are underinsured, and have an annual adjusted household income of $100,000 or less, Astellas provides Xtandi for free under the Astellas Access Program; in 2015 over 2,000 men fighting advanced prostate cancer received Xtandi for free.

“The discussion of Xtandi’s price in the KEI petition fails to reflect what payers or patients actually pay for the medicine.”

SEE ALSO:3 ways America is trying to get its drug-price problem under control

DON’T MISS:Most vitamins are useless, but there’s one you could probably use