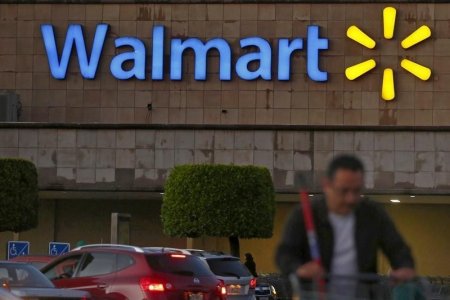 (Reuters) – A U.S. district court judge on Monday struck down a tax levied by Puerto Rico on retailer Wal-Mart Stores , dealing a blow to the debt-laden U.S. territory’s efforts to shore up its finances.

Implemented last year, the measure had increased the tax for on-island companies with more than $2.75 billion in revenues that buy goods from off-island “related parties” to 6.5 percent from 2 percent.

Wal-Mart argued that it was the only company with that level of sales and sued Puerto Rico Treasury Secretary Juan Zaragoza-Gomez in December, saying the tax violated the commerce clause of the U.S. constitution by unfairly taxing interstate commerce.

In court papers filed ahead of the trial, in U.S. District Court in San Juan, the retailer said it was being taxed at 114 percent of net taxable income.

San Juan district judge Jose Fuste found that the tax “on its face, clearly discriminates against interstate commerce” while also pointing to Puerto Rico’s dire finances, which he said would invalidate the argument that any company could seek refunds on the taxes in the future by challenging it in court.

“That is the very definition of an inadequate remedy,” the judge wrote in the 109-page ruling.

Puerto Rico is in an economic crisis, facing what its governor has called an unpayable $70 billion debt and a 45 percent poverty rate.

Wal-Mart, which says it employs more than 14,000 workers in the territory, called the ruling a victory for its employees and local suppliers.

“Because we want to remain in business in Puerto Rico and to be part of the solution to the current fiscal crisis, we are grateful that the court acted so promptly in hearing this case and striking down the tax,” spokesman Lorenzo Lopez said.

(Reporting by Nathan Layne in Chicago; Editing by Alistair Bell)