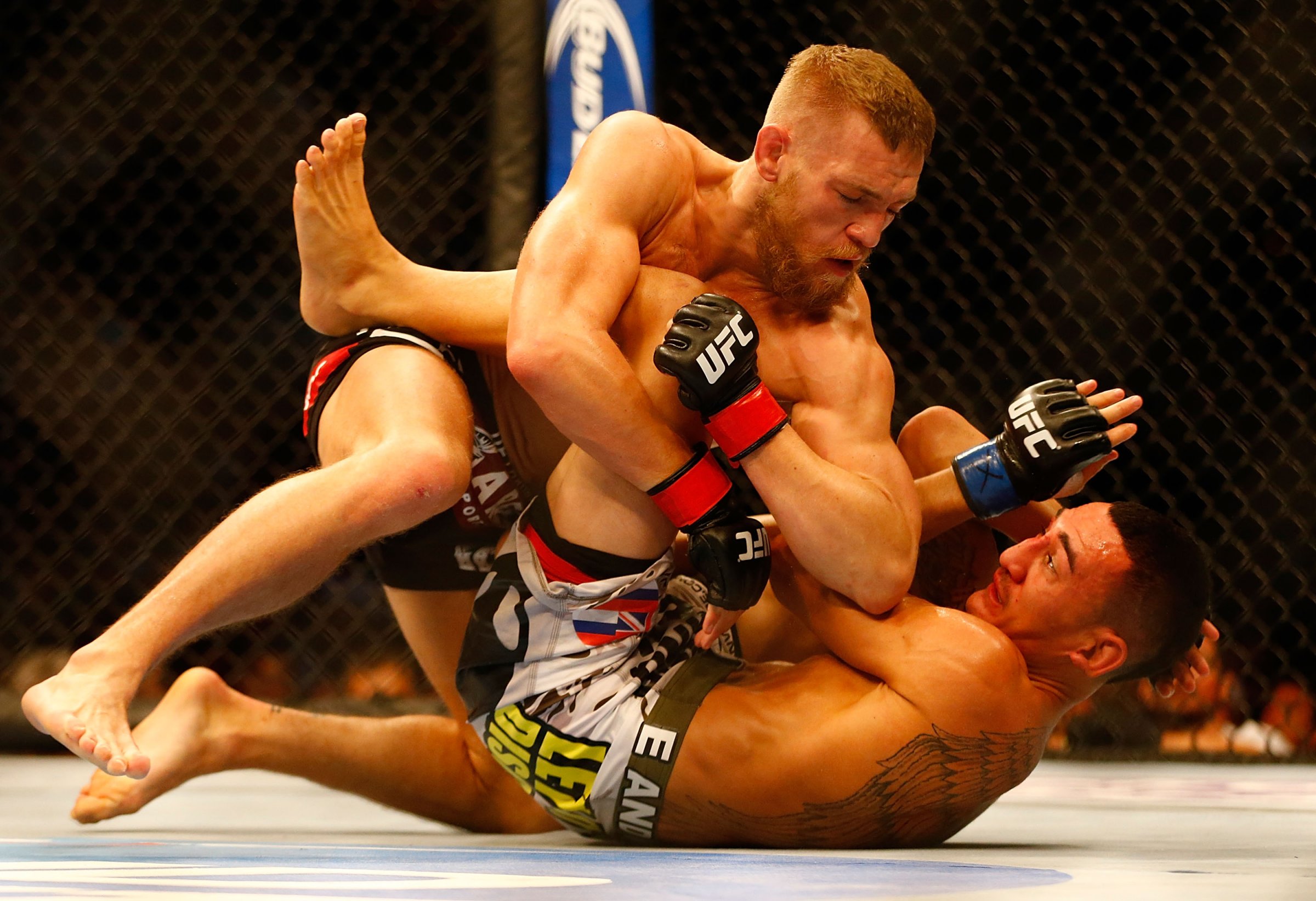 The pair are reportedly in talks over a boxing rules super-fight this year and St-Pierre thinks it will go ahead.

What is most interesting about RT’s interview with St-Pierre is that the Canadian wrestler believes McGregor may have a master plan regarding Mayweather.

Not many people outside of the UFC are giving McGregor a chance against Mayweather. But if the Irish striker endured 12 boxing rounds without getting knocked out, then St-Pierre sees McGregor ramping up the pressure on Mayweather to give him a rematch — in a cage, under mixed martial arts rules. “I don’t think McGregor is going to win… but if he manages to survive, it could be like a win,” St-Pierre said. “Because after [the fight] he’s going to start talking, ‘Hey, I’ve stepped into your game, why don’t you step into mine?’

“So it depends not only on the result, but how it’s done. It all depends on how things play out.”

He hailed the UFC superstar as “a great fighter,” adding: “He’s a very charismatic fighter [and] the biggest seller in the sport of all time. He’s the biggest draw.”