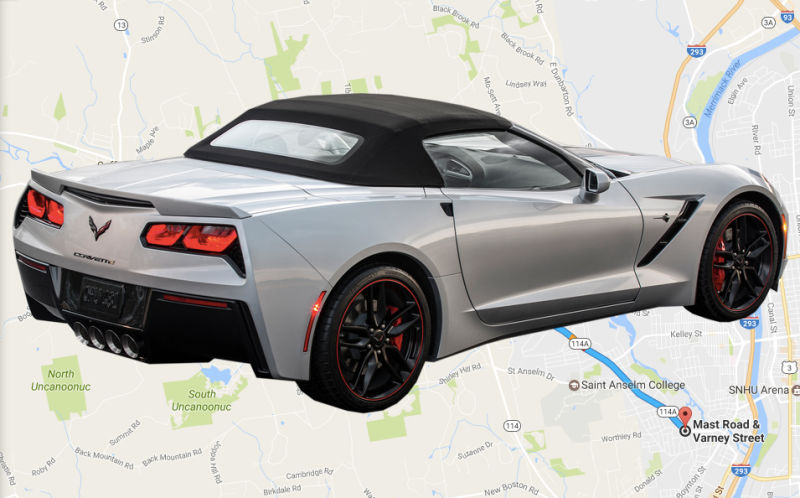 Locals in New Hampshire had to detain a Corvette driver from getting anyone in further danger after he crashed his convertible ‘Vette twice in the span of seven minutes on Sunday night. If you’re wondering, yes, he had a personalized license plate.

It’s unclear how the Corvette driver Kevin Cullinane, 54, of New Boston, got himself into his first hit-and-run outside the Cumberland Farms at the intersection of Main Street and Mountain Road in Goffstown. Witnesses make clear that he fled the scene of the accident, however, speeding down Mast Road towards Manchester, weaving through traffic until he hit another car with such force as to shove it back into a telephone pole.

If you follow the timeline alone Cullinane was not going slow. That’s a six and a half mile drive that Cullinane did in seven minutes. That’s highway speeds on an undivided two-lane.

Witnesses to the second crash reportedly detained Cullinane until the police showed up, where he was charged with conduct after an accident, operating under the influence of drugs and reckless operation, the Union Leader reports.

There were no injuries in the crash. Cullinane’s license plate reads “CULNANE.”

Corvette Leaving Car Meet Shouldn’t Have Had A V8, Crashes