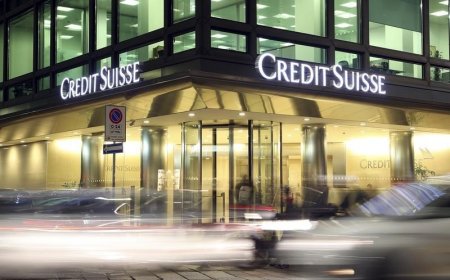 NEW YORK (Reuters) – Credit Suisse Group AG has agreed to pay more than $29 million to resolve a U.S. regulator’s claims that it sold toxic mortgage-backed securities to credit unions that later failed, according to court papers filed on Thursday.

The deal, disclosed in a filing in federal court in Manhattan, resolves one of several lawsuits by the National Credit Union Administration against banks over their sale of mortgage-backed securities before the 2008 financial crisis.

The deal boosts to more than $2.5 billion the amount the NCUA has recovered from banks through lawsuits it began filing in 2011, the U.S. regulator said.

NCUA Board Chairman Debbie Matz said in a statement the regulator would “continue to aggressively pursue recoveries against Wall Street firms that contributed to the corporate crisis.”

The court filing, which described an offer of judgment in the case, said it would not have any effect on a separate but similar lawsuit by the NCUA against Credit Suisse pending in Kansas.

The NCUA, which filed the lawsuit in 2013 on behalf of the failed credit unions, alleged that the securities’ offering documents contained untrue statements that the loans were originated in accordance with underwriting guidelines.

The NCUA alleged that in reality, the loans’ originators had “systematically abandoned the stated underwriting guidelines” described in the offering documents.