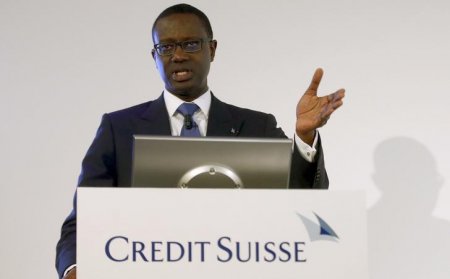 ZURICH (Reuters) – Credit Suisse Chief Executive Officer Tidjane Thiam has asked the bank’s board to cut his 2015 bonus by between 25 percent and 50 percent, the Financial Times reported on Monday, after the bank posted a 2.94 billion Swiss franc ($2.96 billion) loss last year.

Swiss newspapers on Sunday reported that Thiam had asked for his bonus to be reduced. Others at the bank are also seeing bonus payments trimmed.

“I have asked the board of directors for a significant reduction in my bonus,” Thiam said in a statement. “Within the management team, the cut is greatest in my case. I cannot demand sacrifices from others and not make any myself.”

The move comes in the wake of Credit Suisse’s first loss in eight years, thousands of job cuts, a $2.6 billion legal settlement in the United States for helping wealthy people there evade taxes and other problems.