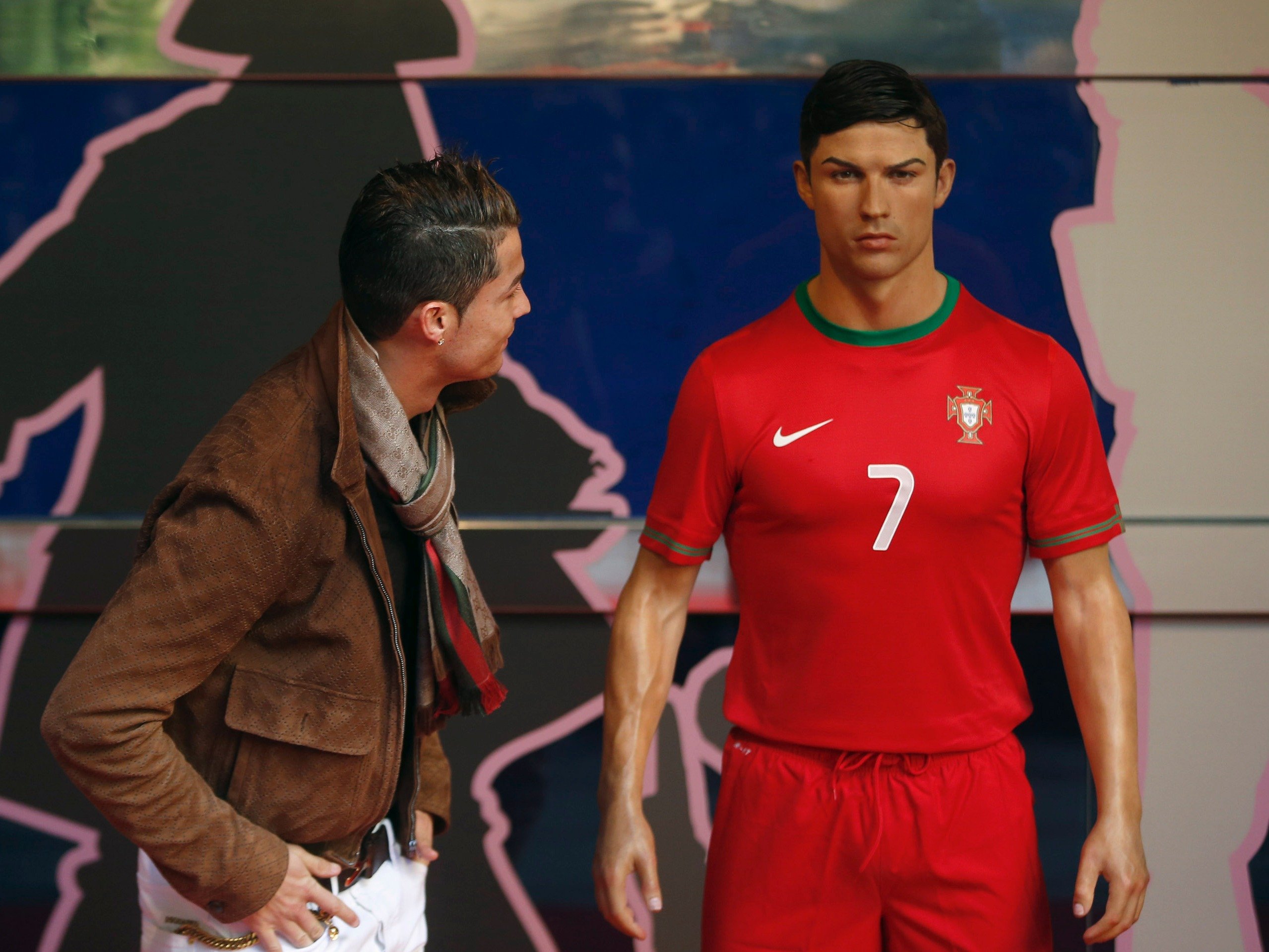 Cristiano Ronaldo gazes at the wax statue that was unveiled in 2013 at the Madrid Museum of Wax.Javier Barbancho/Reuters

At best, many felt like the bust looked more like a cartoon version of Ronaldo. At worst, some felt it looked like other less-than-flattering characters, such as Alfred E. Neuman of Mad Magazine fame.

The bust is especially jarring, not only because Ronaldo is one of the most recognizable faces in the world, but also because he has an impeccable attention to detail, especially for his own likeness.

In 2013, Madrid’s Museum of Wax unveiled a wax statue of Ronaldo with real hair that was added one strand at a time.

According to Callum Davis of the UK Telegraph, Ronaldo sends a stylist to the museum once a month to make sure that the hair is perfect and that the style is up to date with how Ronaldo’s own hair is styled at the time.

Davis also reported that Ronaldo was so impressed with his own likeness that he commissioned the original artist to make a second statue for his own home. Ronaldo paid the artist £20,000 (about US$25,000).

Presumably Ronaldo has a stylist care for the hair on the second statue as well as the artist told The Telegraph that he was told to add the hair but not to style it.

It would be surprising if Ronaldo commissioned a second version of the airport bust.

Here is a side-by-side view of Ronaldo with the original wax statue in 2013.