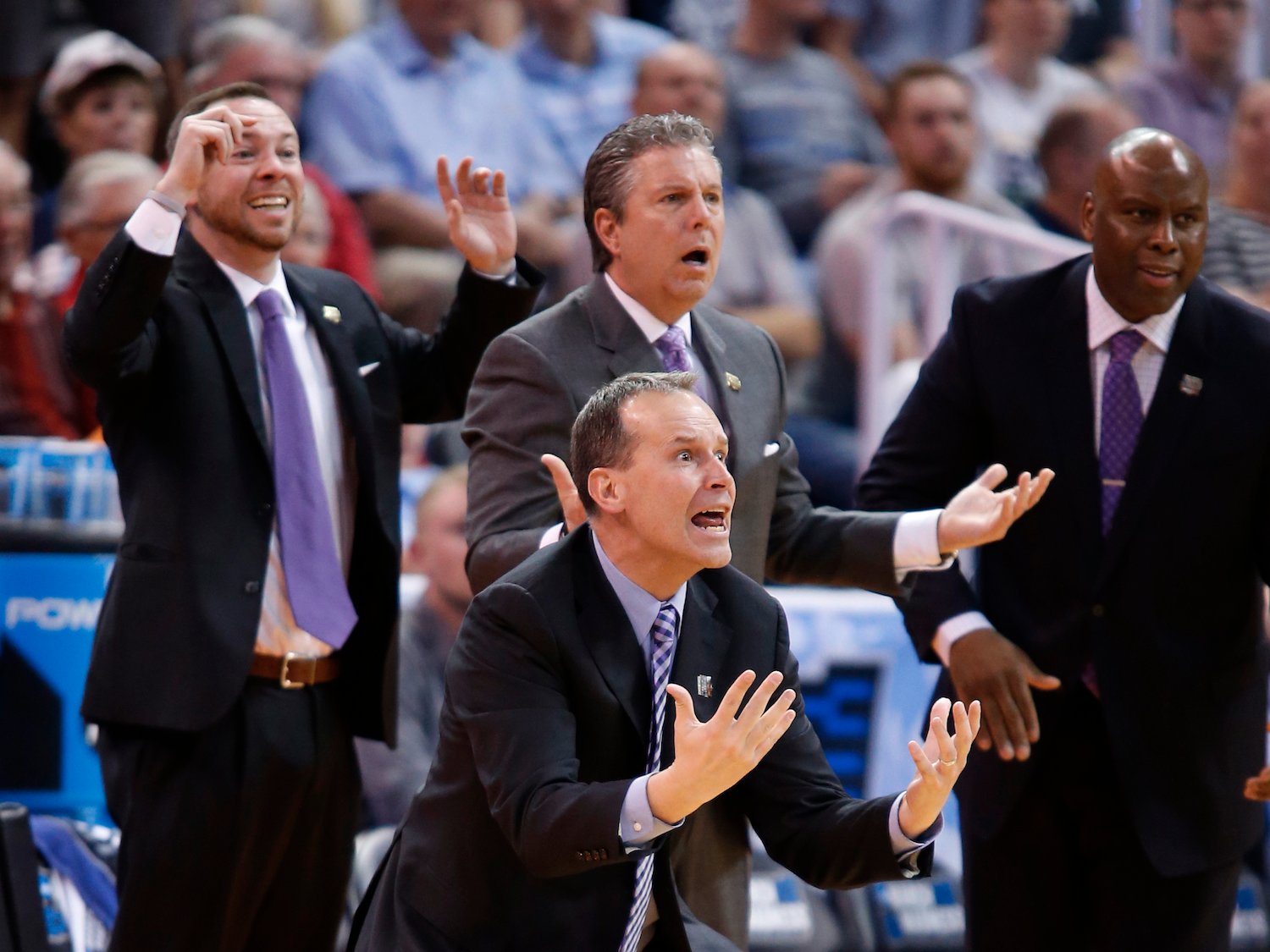 Northwestern made its first ever March Madness appearance this year, and even managed to rattle off a nice win against Vanderbilt to advance to the Round of 32. There, of course, they met top-seed Gonzaga and nearly staged an impressive second-half comeback before the Zags pulled away.

Late during the second half of that game, though, the refs missed a crucial goaltending call on Gonzaga, when Gonzaga’s Zach Collins blocked a shot with his arm illegally extended through the rim.

Northwestern’s coach got a tech for this, but he has a point 🤔 pic.twitter.com/9xFS9n5ves

Nearly two weeks later, Northwestern students evidently have not yet recovered from the loss — or that no-call.

On Wednesday morning, the following banner was hung on campus:

Whoever did this, we love you. #B1GCatsForeverpic.twitter.com/AgAyqjTaB2

Blow up picture of Gonzaga goaltending no call hanging from the Northwestern arch this morning (via @NUWildside) pic.twitter.com/lCuIn4wtNb

THIS IS A REAL THING pic.twitter.com/myMWZe3B0U

Inside NU reports that the prankster was Northwestern sophomore Cody Parker. On Parker’s Facebook, he posted a photo with the accompanying poetic caption:

and trudged down there

in darkness and still air.

We hoisted our jolly flag,

to prove to the Zag

how clear of a call

A lovely ode, no doubt, but one that will not change the fact that Gonzaga is currently just two wins away from the NCAA title.

According to Inside NU, the banner has been removed.