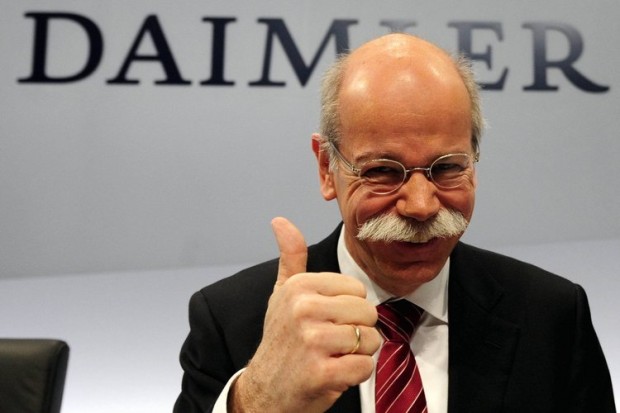 Daimler CEO Dieter Zetsche has claimed both Apple and Google are working on cars, and that both companies know more than those in the automotive industry previously assumed. Zetsche was speaking after a recent trip to Silicon Valley.

We already know that Google is working on self-driving cars, and lots of rumors have claimed Apple is, too. Neither company has actually confirmed it will make cars for consumers, but many auto industry executives are adamant that they have something up their sleeves.

Zetsche, whose Daimler owns Mercedez-Benz, Maybach, Smart, and other top vehicle brands, is the latest to warn that car makers should be worried about Apple and Google.

“Our impression was that these companies can do more and know more than we had previously assumed,” he told German weekly Welt am Sonntag. “At the same time they have more respect for our achievements than we thought.”

Zetsche and other executives from Daimler reportedly met with around 70 companies in Silicon Valley recently, but he would not reveal the names of those companies, or what the meetings were about.

“There were concrete talks,” teased Zesche. “I will not say anything about the content. It was not just about the fact that there is an innovative spirit in the Valley. We know that already. We wanted to see what drives it, and all the things that can be created from it.”

Tesla CEO Elon Musk has also suggested Apple is working on a car, and called the project “an open secret.” Some rumors claim Apple is working to deliver its first vehicle in 2019, but a recent report confirmed Steve Zadesky, head of the Apple car project, has left the company.