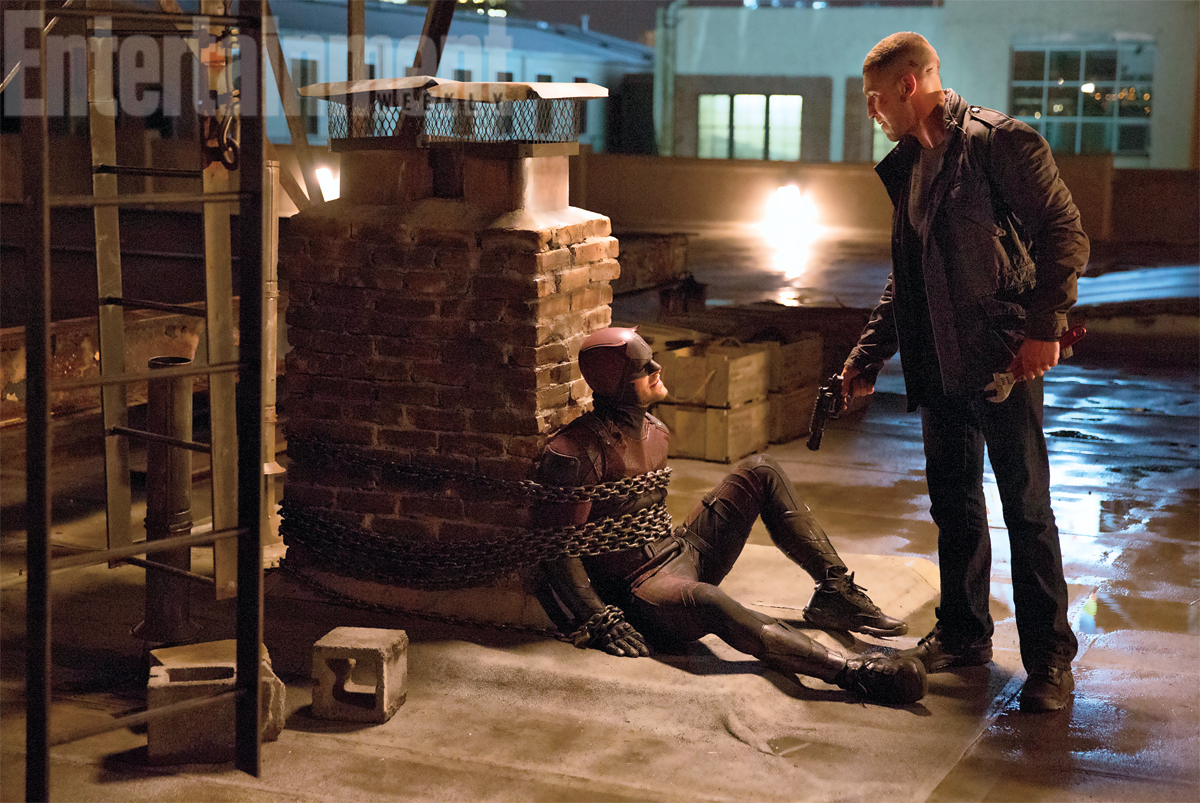 Daredevil season 2 is inching closer and closer and, to celebrate, new stills have been released showing off the new characters.

The second season of Netflix’s hit show Daredevil will see a bevy of returning characters such as Matt Murdock/Daredevil (Charlie Cox), Karen Page (Deborah Ann Woll), Foggy Nelson (Elden Henson), Claire Temple (Rosario Dawson) and Stick (Scott Glenn), but some new players will be entering the scene as well. Arriving in Hell’s Kitchen will be Frank Castle/The Punisher (Jon Bernthal) and Elektra Natchios (Élodie Yung). Thanks to the latest issue of Entertainment Weekly, we have a few new images showing off the recent additions to the series.

As to what we can expect from these latest complications to Murdock’s life, it sounds as though he’s going to be pulled in different directions according to showrunners Doug Petrie and Marco Ramirez. Speaking of The Punisher, Ramirez said that the looked a lot at Robert DeNiro’s Travis Bickle from Taxi Driver as a template. “He has a different moral code,” said Ramirez. “Matt is a devout Catholic — and you rarely see a character who’s a devotee anythingon TV. Frank has Hammurabi’s Code. It’s like letting a great white shark into the water.”

When Elektra enters the scene, she will complicate more than Murdock’s crime fighting as it seems the blind crusader will be getting closer to Karen Page this season. “Matt’s a deeply moral complicated guy and she’s just the best bad girlfriend you can possibly have,” Petrie said of Elektra. “She does everything wrong and attractive, she’s his id, the wild side. Matt is always taming his wild side. Elektra just lets it out. He’s both repulsed and deeply drawn to that.”

It sounds as though Daredevil will have to use his special abilities just to keep this juggling act of these different moral compases going this year.

No official release date for the second season of Daredevil has been announced yet beyond “2016.”