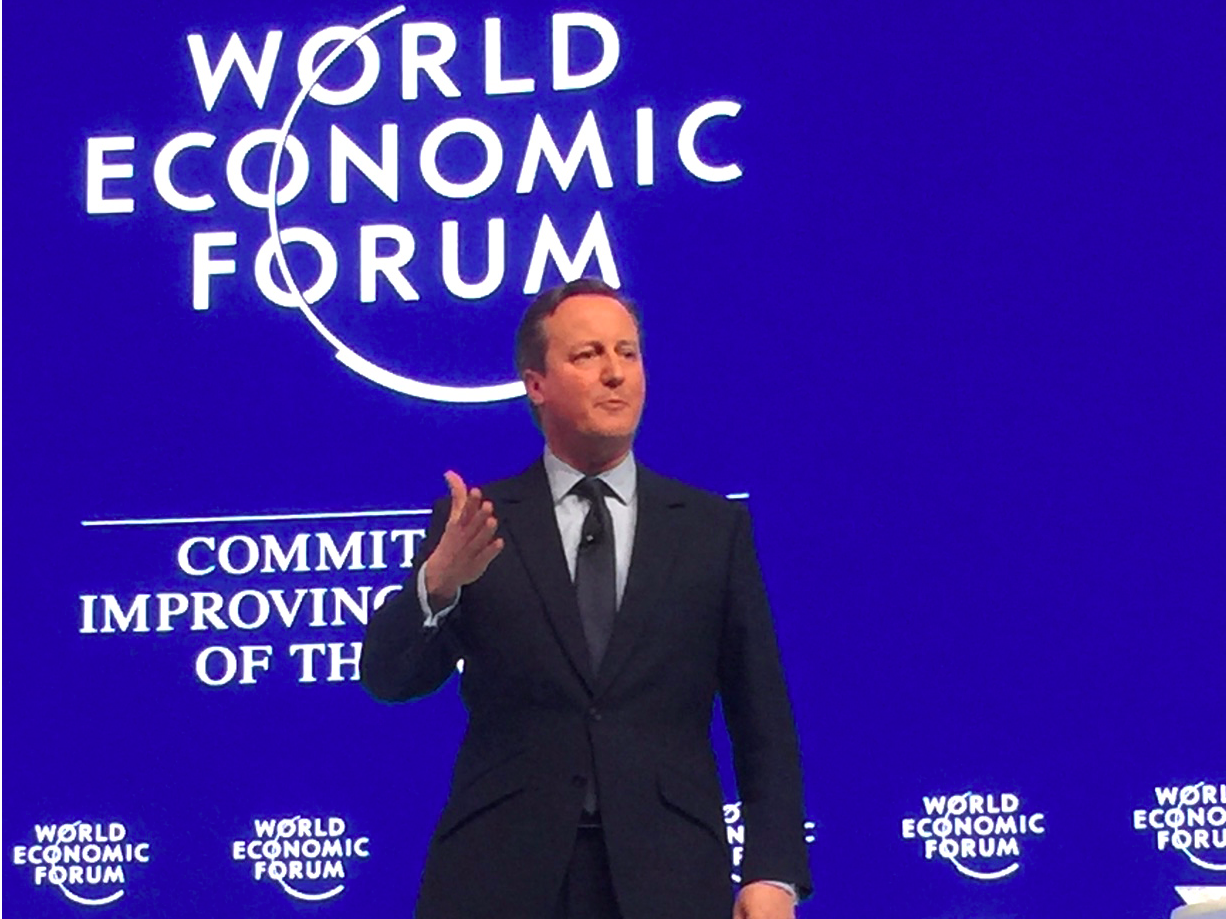 Prime Minister David Cameron is in Davos for the World Economic Forum meeting and Business Insider was the first media outlet to persuade him to answer a question about the upcoming UK referendum on whether the country should stay in the European Union.

In fact, the question is the most important one concerning the EU referendum, which will be held before the end of 2017: Has the EU moved on its stance over Cameron’s immigration demands during the negotiation process and, as negotiations stand right now, would you accept a deal? After all, the Prime Minister of France poured scorn on the idea you would accept a deal before February.

Of course, Cameron did not answer that in a few short words. But he did give an indication that the negotiations are making progress. This is what he told Business Insider:

People said we wouldn’t keep our promise but we’ve kept our promise and we are giving a referendum. The people will see that we have a proper negotiation going and already we’ve made very good progress. As my children would say in the car, ‘are we there yet?’ — no we’re not.

There is a possibility for these issues to be sorted and there has been real movement in the negotiations. I think it is achievable and doable but we’re not there yet. I am satisfied the European partners will get this done. If there is a good deal, I will take it.

In January 2014, UK Chancellor George Osborne said the Tories were determined to deliver on the promise of a referendum but they would prefer to stay within the EU and negotiate “a better deal.”

The most contested issues between the Cameron government and the EU are on the free movement of persons in the EU and welfare benefits. Currently, any EU migrant can show up in the UK and immediately start claiming benefits — and the Conservatives want to stop this. In place of that policy, Cameron wants EU rules changed so that immigrants must wait four years before they can claim benefits in the UK.

Last month Cameron seemingly did the impossible and managed to get “a pathway to a deal” by renegotiating the UK’s terms with the EU. He said at the time that “nothing is certain in life or in Brussels but there is a pathway to a deal in February. But the truth is it will be very hard work.”