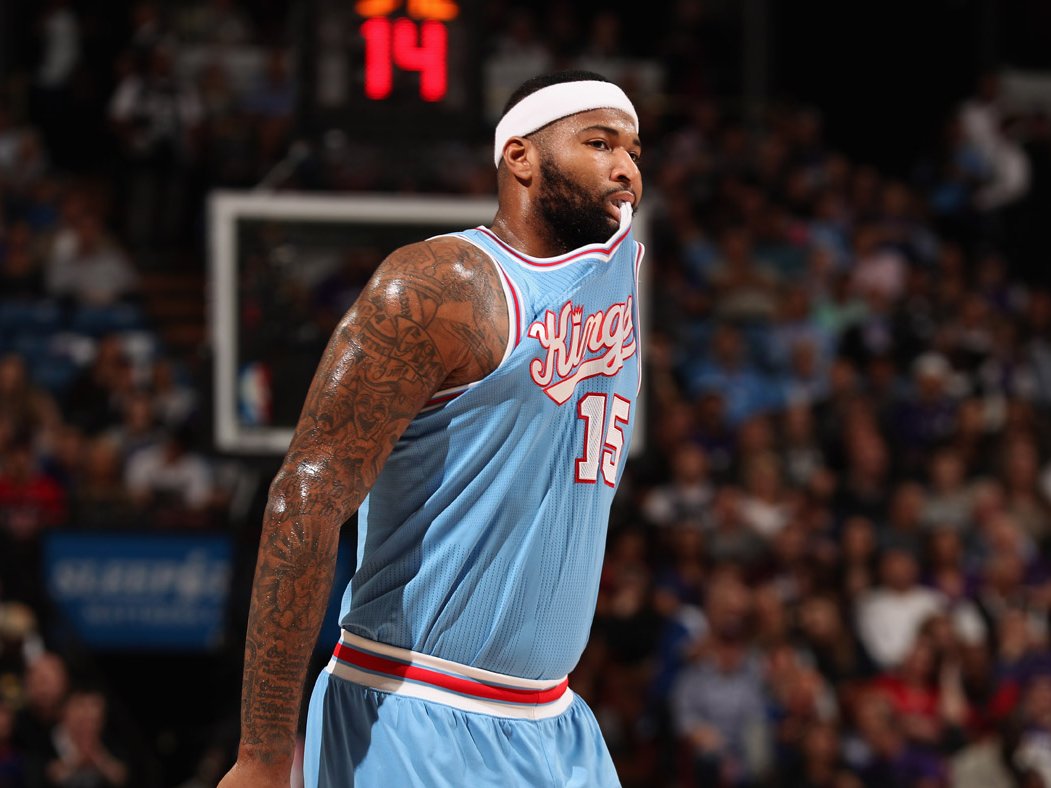 Ezra Shaw/GettyIt’s another lost season for DeMarcus Cousins and the Sacramento Kings.

Gregg Popovich broke down what he looks for in players, and it was an inspiring life lesson

It’s become another lost year for the Sacramento Kings, but they never fail to make it dramatic.

Last week, the Kings suspended DeMarcus Cousins for one game for getting into a shouting match with head coach George Karl during a game and again afterward.

When asked about it, Vlade Divac, the Kings president of basketball operations, said, “We tried to do our best thing to send a message that we cannot tolerate some stuff … He went a little far and we have to do things to be on the same page.”

Divac also said that the suspension was his decision after speaking to Cousins and taking some time to “sleep on it.”

However, on Sunday, when Cousins returned to the team from his suspension, he wasted no time in throwing Karl under the bus.

“That was no suspension from the organization,” Cousins told reporters. “That was one from the head coach. There’s a difference.”

Before the game, a 108-99 loss to the Utah Jazz, Karl said he exchanged “pleasantries” with Cousins, though nothing “in-depth.” Cousins also disputed that afterward.

“He hasn’t said a word to me,” Cousins said.

It’s easy to see that this isn’t an ideal situation. At 25-40, the Kings are far out of the playoff picture after a brief glimmer of hope for postseason contention earlier in the year. As the Kings miss the playoffs for the 10th year in a row, they’re faced with the same question they’ve had for several years: what’s next?

It seems like a no-brainer that Karl will be fired. His relationship with Cousins was rocky from the start, as Karl was hired as a replacement for Mike Malone, the only coach Cousins has gotten along with in the NBA. Karl made a comment last year that Cousins was not un-tradable, which further bothered the 25-year-old big man. Attempts to patch up the relationship have seemed half-hearted, and though the Kings showed the slightest bit of patience in giving Karl this season to try and take the reins, this kind of contentious atmosphere can’t continue.

The Cousins debacle is even more difficult. Despite his otherworldly talent, Cousins hasn’t proven to be a game-changing player that can make a team a borderline playoff contender by himself. His attitude issues only further complicate the problem.

With the right pieces in place (i.e. a better overall roster) Cousins can certainly help bring the Kings to the playoffs. But the Kings have been unsuccessful for six years in giving Cousins a competitive team to work with. With two more seasons left on his contract, Cousins is an attractive trade piece, and the Kings could gather attractive assets in return for him, but it will only push them further away from playoff contention. Reports paint the Kings ownership as desperate and impatient to make the playoffs.

The Kings’ season will end with a dull thud once again, and it seems this offseason, the Kings are going to have to make some serious decisions about their future.