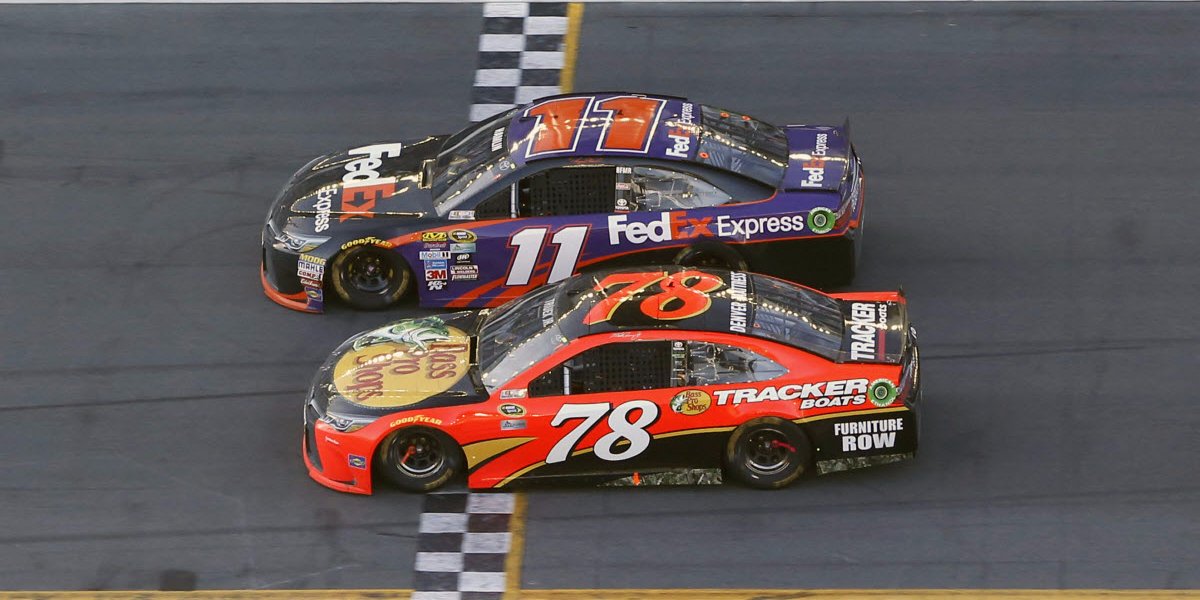 Denny Hamlin won a thrilling Daytona 500 when he stormed back from fourth place in the final lap to edge out Martin Truex Jr. in a photo finish.

As the leaders hit the white flag for the final lap, Matt Kenseth appeared to be in control as he held off the field. Hamlin was stuck back in fourth place and several times started to go high on the track to pass without success.

When the group entered the first turn on the final lap, Hamlin went wide again. It didn’t look like he had enough momentum and started to fall back.

But then Kevin Harvick came up from behind Hamlin, gave him a push, and Hamlin’s car surged forward.

All of a sudden it was race on.

Hamlin now had the momentum he needed. As he went high, Kenseth went high also to block. Hamlin then went back low and passed Kenseth.

At this point, Kenseth tried to swing back down, hit Hamlin, and lost control. This knocked Kenseth from contention.

But it was Hamlin, by inches, as he won his first Daytona 500 by 0.01 seconds, the closest finish in the history of the race.