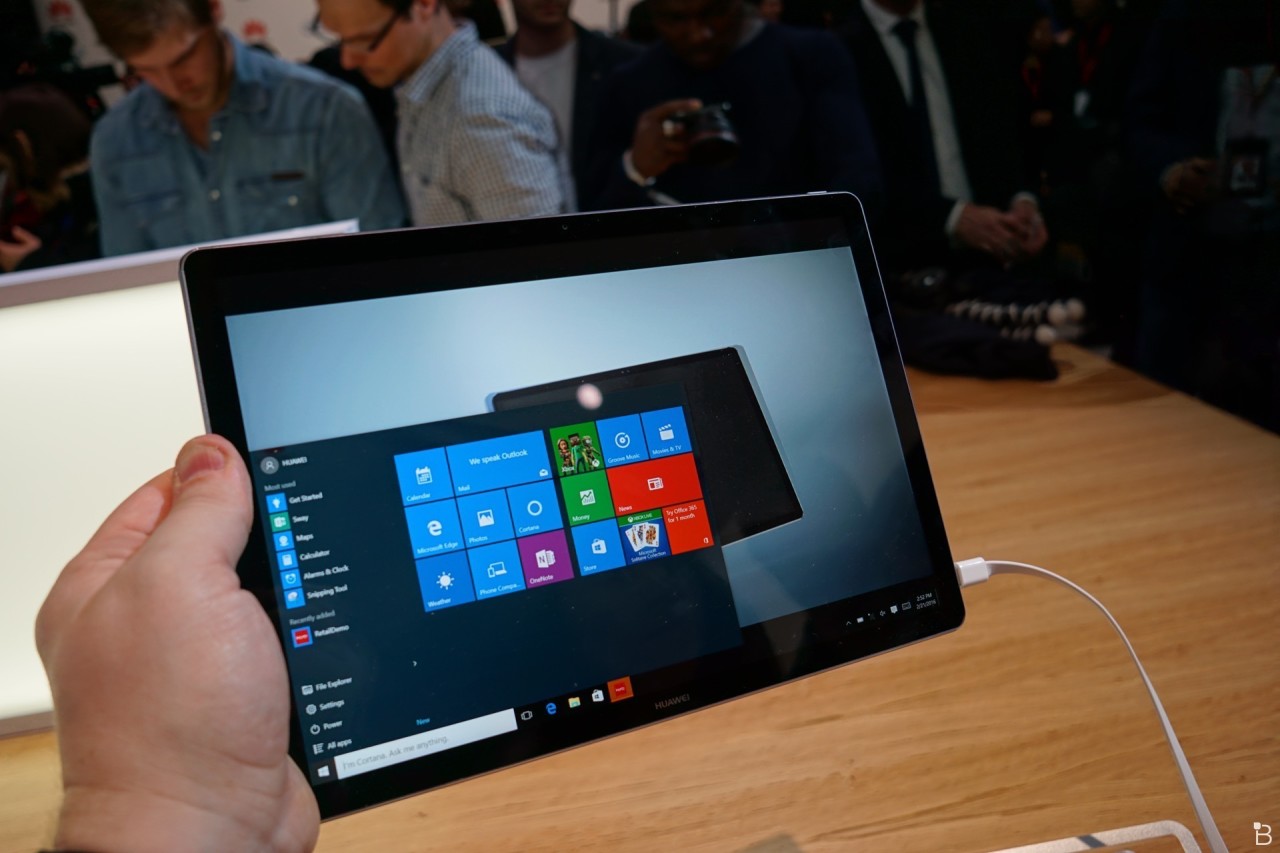 Huawei had one major product announcement during Mobile World Congress 2016: the MateBook. What at first might seem like another run-of-the-mill laptop hybrid is actually a pretty cool Windows 10 machine. It’s super skinny and is basically Huawei’s take on the Surface Pro and Samsung’s new TabPro S, introduced at CES last month.

We had a chance to check out the MateBook briefly and came away pretty impressed. Huawei is making a lot of promises, though, like 9 hours of battery life for work or 29 hours of music playback. We’ll be impressed if it lasts that long, especially considering the gorgeous 12-inch 2160 x 1440-pixel display and 6.9mm thickness.

Under the hood, you’re looking at one of a variety of sixth-generation Intel Core M processors (depending on the model you choose), either 4GB or 8GB of RAM, up to a 512GB SSD and a 5MP camera. There are some neat software features, too, including the ability to quickly use your smartphone’s mobile hotspot with a single app, and the option to unlock the tablet using “the fastest fingerprint recognition” on the market. The scanner is built right into the side of the tablet.

If you wish — and you probably will if you want this to serve as a laptop — you can add on a $129 keyboard accessory that snaps to the bottom of the tablet. Each key features 1.5mm of travel, which Huawei said should make it nice and easy to type on while on-the-go. There’s also a MatePen with a built-in laser pointer that can last up to a month after just an hour of use. The pen features 256-levels of pressure, too, so you can jot notes or draw on the MateBook’s display.

The MateBook will launch in “grey” and “golden” hues in the coming months and, yes, will actually launch in the U.S. Take a closer look at it in the gallery above, and here’s a better look at what it’ll cost you when it launches: