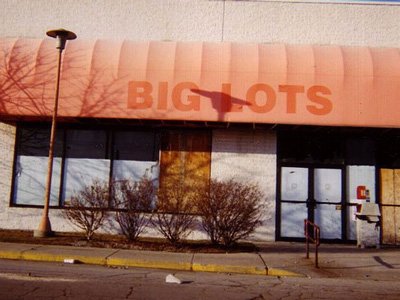 ‘Weapons of Mass Destruction’ are creating havoc in financial markets

The smart money is getting ready to buy

A new filing from the Securities and Exchange Commission sheds light on a few uncomfortable aspects of the stock research and trading business.

The SEC on Wednesday charged a former Deutsche Bank research analyst with publishing a rating on a stock that was inconsistent with his own view.

Charles P. Grom, a senior analyst focused on the consumer sector, agreed to settle the charges by paying a $100,000 penalty. He will be suspended from the securities industry for a year.

According to the SEC, Grom in March 2012 issued a “Buy” rating on the stock of the discount retailer Big Lots, even though he thought it should be downgraded.

Grom had been bullish at one point, but after hosting a roadshow with Big Lots management and Deutsche Bank clients, he turned negative. He called a Deutsche Bank trader responsible for trading Big Lots stock, and the trader promptly sold a bunch of stock. He called several clients, whom he told to sell stock.

The next day, however, he published a report giving the stock a “Buy” rating, though his note was titled, “Not All Is Good In Buckeye Land.”

The key passage from the SEC filing is here:

On March 29, 2012, at 7:30 a.m., roughly two hours after his Big Lots research report had been publicly disseminated, Grom spoke about Big Lots on the DBSI [Deutsche Bank Securities International] morning conference call with firm research and sales personnel. Grom said that he had maintained a BUY rating on Big Lots because “obviously that we just had them in town so it’s not kosher to downgrade on the heels of something like that.” Grom also said, “[B]ut more importantly than that, I think there’s obviously time left in the quarter” and that he and his team was “gonna do our homework on it” and “gonna be in front of ’em.”

Then, less than a month later, he said on a morning conference call with research and sales staff members that he didn’t downgrade the firm to maintain his relationship.

“Fortunately we told many clients a few weeks back to sell the stock. … I think the writing was on the wall [that] we were getting concerned about it, but I was trying to maintain, you know, my relationship with them. So, that’s why we didn’t downgrade it a couple of weeks back.”

That breached Regulation AC of the Exchange Act, or the analyst certification requirement, according to the SEC. Deutsche Bank terminated Grom in February 2013 for “conduct not consistent with firm standards.”

The SEC filing provides some insight into how certain aspects of Wall Street research works. It also provides a bit of exposure to how stock trading can be a stacked field against average investors.

First, analyst compensation was partially based on the level of contact the analyst had with management. That would seem to incentivize positive research. One would assume company management has a tendency to like analysts who write nice things about it. If an analyst is paid based in part on a relationship, that could lead analysts to write nice research to get paid.

Here is the passage from the SEC filing (emphasis ours):

DBSI’s performance evaluation system for equity research analysts, including Grom, assigned significant weight to an analyst’s access to and relationships with the senior management of the companies they covered and the feedback that the firm received from its clients. Nearly ten percent of an analyst’s internal performance rating was based on the frequency and level of contact that the analyst was able to arrange for firm clients with management from the companies they covered. An analyst earned additional credit for arranging contact with chief executive officers and chief financial officers.

You can see this in evidence later in the SEC filing. Grom appears reluctant to downgrade Big Lots, lest it upset the CEO. From the filing:

In the early afternoon on the day of the NDR [non deal roadshow], Big Lots’ Chief Executive Officer abruptly asked Grom whether he was going to downgrade Big Lots stock. At 1:23 p.m., Grom emailed one of his junior analysts back in New York, simply stating, “this is gonna be hard.” Three minutes later, the junior analyst responded, “uh oh.” At 1:26 p.m., Grom sent the junior analyst another email, stating, “pretty clear that biz is just ok.”

Second, there is trading. In case you need a reminder that day trading is a game you can’t win because you’re competing against pros with all sorts of edges, there’s this nugget from the filing (emphasis ours):

Analyst A, an analyst at Hedge Fund A, attended this conference and met with Big Lots’ management during one of the private meetings. At 11:57 a.m., shortly after his meeting ended, Analyst A sent an email to a portfolio manager at Hedge Fund A, recommending that they buy Big Lots’ stock: “Believe we should add some Big Lots. They sound good and Chuck Grom is taking them for dinner tonight so I suspect he will be on the horn tomorrow. Q1 comp will be strong and then the street has modeled [gross margins] down in Q2 while they are saying up.” Within a minute of receiving Analyst A’s email, the portfolio manager placed an order to buy almost 100,000 shares of Big Lots’ stock, increasing the portfolio’s existing position in the stock. Later that day, Analyst A spoke by phone with Grom. While that call was in progress, the same portfolio manager placed an order to purchase an additional 110,583 shares of Big Lots’ stock.

In short, a hedge fund basically decided to buy because it knew that the next day the analyst covering the stock would be telling other clients to buy. This doesn’t necessarily mean much for analysts overall, but it illustrates the edge fund managers can gain from going to events closed to the public.

Third, when Grom figured out that the outlook wasn’t as rosy for Big Lots as he first thought, he started talking to the firm’s best clients, telling them to sell shares.

Four funds, described as hedge funds A, B, C, and D, all sold after these conversations. Grom felt as if they owed him something for telling them to sell.

In an email that Grom sent on April 24, 2012 to the DBSI salesperson responsible for the Hedge Fund D account, Grom wrote regarding his telephone conversation with Analyst D and Portfolio Manager D on the evening of March 28, 2012: “That night in Boston I tell [Analyst D] and [Portfolio Manager D] to get out of it. * * * I’m done with her. Way too many clients in the sea to help out — plenty that said to me ‘thanks for the help on BIG’ … but not her …. Between me/u pls.”

Fourth, there is this mystery: A Deutsche Bank proprietary trading account sold shares after talking to Grom the morning after the roadshow meeting. Here is more from the filing (emphasis ours):

At 8:51 a.m. on March 28, 2012, shortly after the first NDR meeting had ended, Grom called the DBSI trader responsible for trading Big Lots’ stock. At 9:31 a.m., within a minute of the market opening, the trader placed an order to sell 25,000 shares of Big Lots’ stock, which he had purchased the day before in a firm proprietary account.