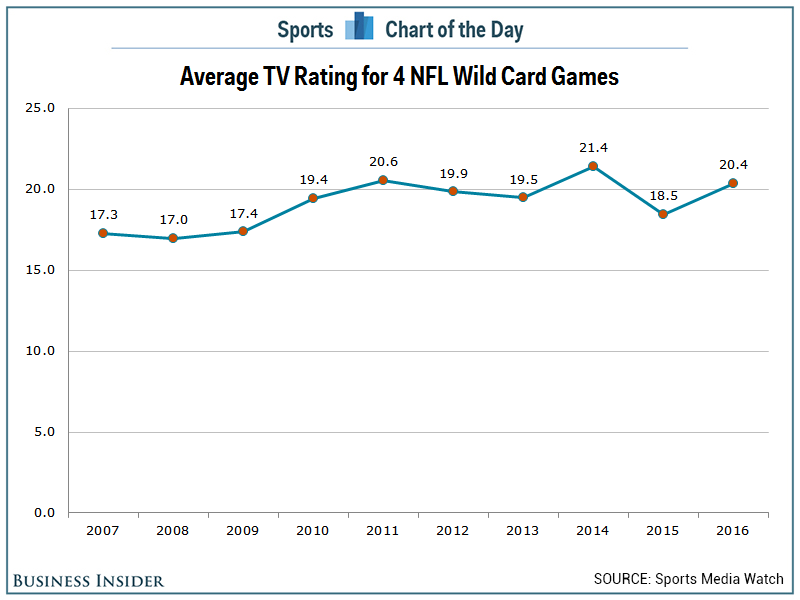 After a brief dip a year ago, and despite a myriad of controversies including concussions, player safety, and numerous high-profile player arrests, television ratings for the first round of the NFL playoffs were back up this year and as strong as ever.

The four Wild Card round playoff games posted an average television rating of 20.4, according to data collected by Sports Media Watch. That is up 10.3% from a year ago, and consistent with what the ratings have been over the last six years.

While the year-to-year ratings can be impacted by the teams involved and which networks broadcast in each time slot, this chart shows that, overall, there is a consistency to the ratings despite all the negative publicity. If there is a concern, it is that the ratings may have peaked, something at least one investment bank recently warned investors about. Once the NFL peaks, there is only one direction left to go.