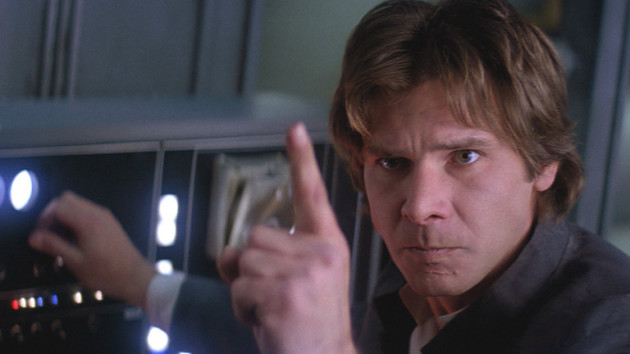 Last we heard, more than 2,500 actors were in the running to take over the iconic character of Han Solo, and now it looks like the list has been cut down to about a dozen.

According to sources speaking to Variety, the list includes Miles Teller, Ansel Elgort, Dave Franco, Jack Reynor, Scott Eastwood, Logan Lerman, Emory Cohen and Blake Jenner. With the exception of a few, many of the actors up for consideration are in their early-to-mid-twenties, which would line up well for the younger Han Solo Disney hopes to portray in the upcoming spinoff film.

Perhaps the bigger news revealed by Variety is the fact that the younger Han Solo is expected to appear in Rogue One, which hits theaters in December of this year. Filming for the Han Solo spinoff movie isn’t expected to kick off until January of next year, with a release in May 25, 2018. However, Disney is hoping to finalize casting of young Han Solo in as little as two weeks in order to ensure the character appears in Disney’s first spinoff Star War film.

Disney is using the same strategy with Spider-Man in Civil War, giving the character a small cameo before re-introducing him in his own solo film. It’s unclear who the frontrunner is at this point, but we should find out who gets the role pretty soon.

Whoever gets it, they have some enormous shoes to fill, as Harrison Ford’s portrayal of Solo has become stuff of legend.

Have any favorites to win the role?