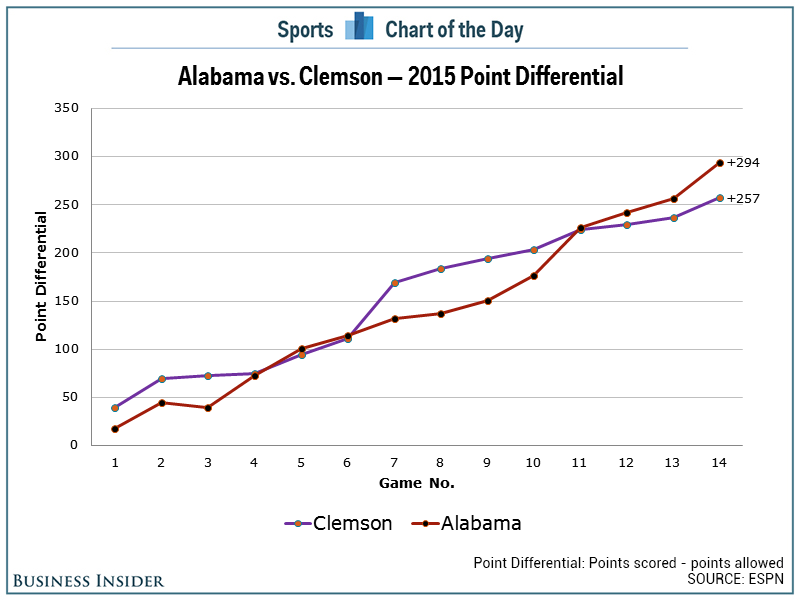 There is not a lot of buzz for tonight’s College Football Playoff championship game. Part of the lack of buzz may be tied to the idea that Alabama is expected to cruise to another championship against an overmatched opponent in Clemson.

While Clemson enters the game undefeated and ranked No. 1, it is actually Alabama who is favored by 7.0 points and is generally considered the more dominant team. The feeling is that Clemson is undefeated because of an easier schedule, but that underestimates how well the Tigers have played against the opponents they have faced.

Over the course of the season, Alabama has outscored their opponents by 294 points, leading to an SRS (Simple Rating System, which measures point differential and adjusts it for strength of schedule) that was the best in FBS. But despite facing an easier schedule in the ACC (34th hardest compared to 4th hardest for Alabama), Clemson’s point differential this season was on par with Alabama’s, outscoring their opponents by 257 points, producing the third-best SRS in the country.

In other words, Clemson has earned their place in the title game and it could end up being a lot closer than many are expecting.