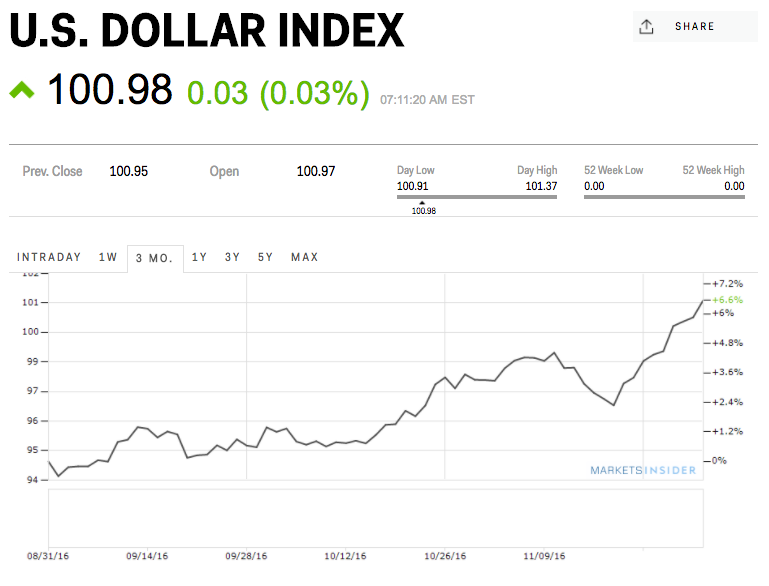 The dollar has had a strong week.

The currency has gained on the yen four days this week, and four last week, while the euro has seen a record losing streak.

The only major currency to get some gains against the greenback this week? The Canadian dollar.

Friday is a quiet day for data, but the Baker Hughes rig count will be out at 1 p.m. ET.