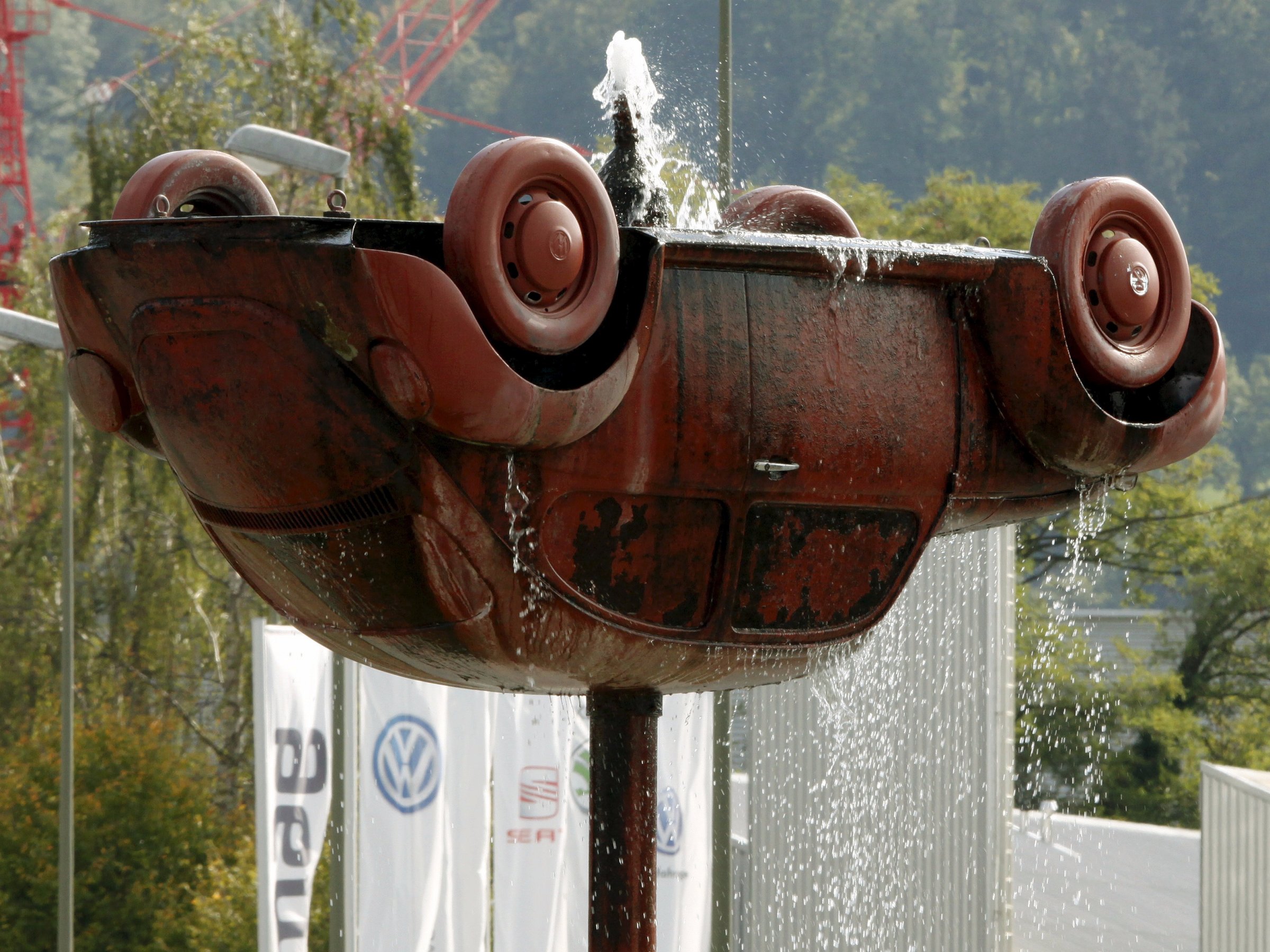 An upside-down Volkswagen beetle car, part of a fountain sculpture in front of a branch of a Swiss Volkswagen importer, is pictured in the town of Buchs near Zurich, Switzerland September 26, 2015.REUTERS/Arnd Wiegmann

German carmaker Volkswagen is axing about 30,000 jobs over the next five years as part of a huge restructuring programme.

Executives from VW said “23,000 of these jobs [that will be cut] will be from Germany.”

VW said in a lengthy statement that the job cuts are part of a huge restructuring programme, dubbed “The Pact for the Future,” to focus on increasing productivity by 25% by building “more cars with fewer people.”

It said that it will be investing in new technology and electric cars because “VW has to make money again … and this agreement will make Volkswagen profitable and competitive.”

VW executives at the conference added there will be job opportunities in the future and the group will try to find jobs for those who leave the carmaker.

“[For] the jobs that will be cut, we will try and help the involved employees jobs at third party companies,” said the group at the press conference.

“For temp [workers], we will try and offer ways for opportunities [for them] in the third party [market]. This is not easy but we are trying to follow this approach.”

The company added that with its focus on “IT, digitisation, and digital mobility” it will create new jobs and significant investment in certain areas, to make sure it can take on competitors that specialise in cutting-edge cars, such as Tesla.

“[The Pact for the Future] is a major step forward and certainly one of the biggest in the history. There is going to be fundamental change for all carmakers and all [companies in the industry] will have to fundamentally restructure in the future — we are taking the lead,” said the group in the press conference statement.

“Our industry will significantly change, new powerful competitors will be attacking us … more radical than witnessed before.”

While VW said the job cuts relates to a shift toward electric vehicles and digital mobility, the announcement follows soon after it settled a court case in the US related to the emissions scandal.

A US federal judge in October approved Volkswagen’s $14.7 billion (£12 billion) settlement with regulators and owners of 475,000 polluting diesel vehicles. It also said, as part of the deal, that it would begin buying back the vehicles in mid-November.

At the end of 2015, VW’s former CEO Martin Winterkorn stepped down.

The company cheated diesel emissions tests in the US for seven years.

It did so through a clever piece of software that could identify when it was being tested and reduce harmful exhaust so it looked as if the cars met requirements, when in fact they didn’t.

Volkswagen was caught by independent testing carried out by a clean-air advocacy group, The International Council on Clean Transportation, which tested the cars because it thought they were such a great example of how diesel could be a clean fuel.