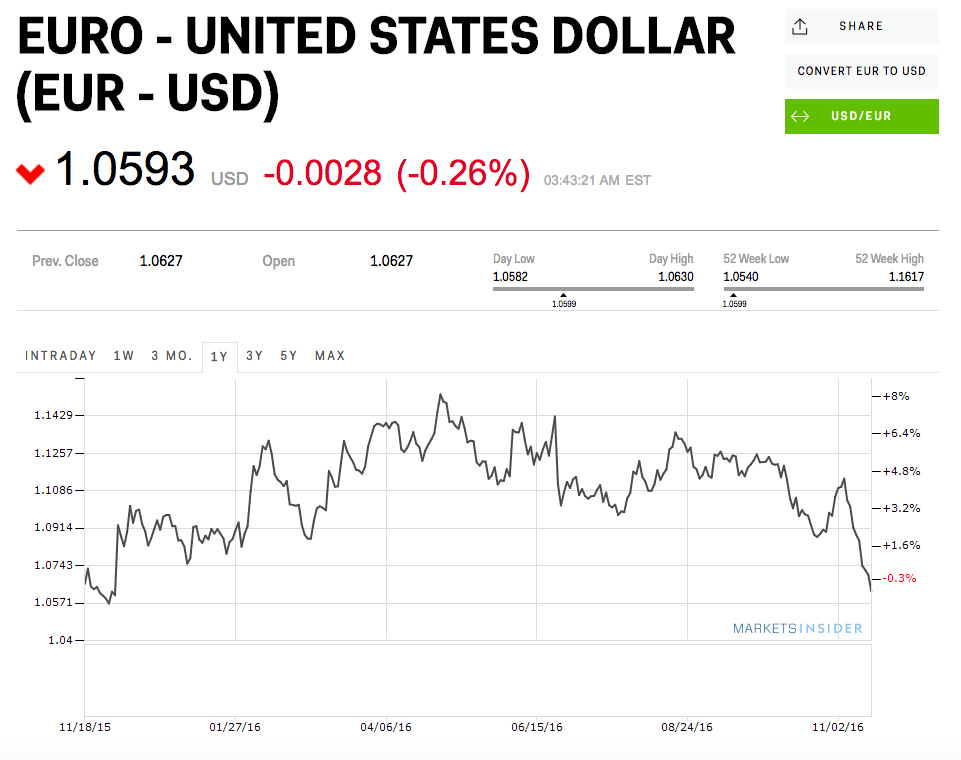 The euro is falling for the 10th consecutive trading session, marking the currency’s longest losing streak since it was created in 1999, according to analysis by the Financial Times. The dollar is getting stronger. The US dollar index climbed to 13-and-a-half year high.

The number of Americans filing for unemployment benefits fell to a 43-year low last week, pointing to a rapidly tightening labor market that could allow the Federal Reserve to raise interest rates next month, strengthening the currency.

Yellen said Fed policymakers at their meeting earlier in November judged that the case for a rate hike had strengthened.