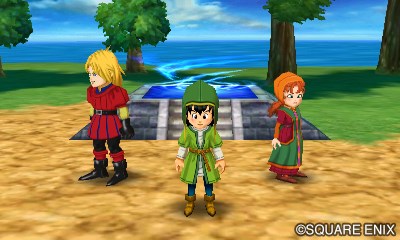 I had no problems with either of the Uncharted 4or Mass Effectdelays, and I don’t often consider the delay of any game something to get too worked up over. However,this Dragon Quest VII delay has finally beaten me. During yesterday’s Nintendo Direct presentation, Nintendo confirmed that the game has been delayed into “late 2016,” and I’m feeling a little grumbly about it.

More than likely, Dragon Quest VII’s notoriously long script proved to be much more problematic and time consuming than originally projected. The delay pushed it from the summer into the fall or winter, and while a few months is not nearly as long as the time it took to get the localization announcement in the first place, the summer release window was half of the attraction.

No distractions. No AAA reviews to eat my time away. I was fully prepared to waste my summer afternoons away just losing myself into a Dragon Quest game. Now, I feel I’ll be trying to squeeze it in between the holiday blockbusters.

Oh well, at least we’re still getting it, and that in itself is a miracle. Dragon Quest VII: Fragments of the Forgotten Past will launch for the Nintendo 3DS in “late 2016”