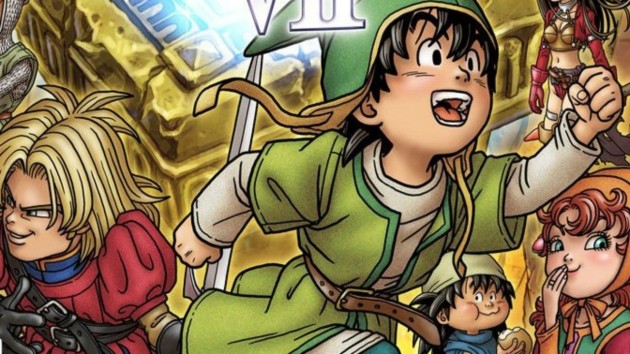 Dragon Quest VII: Fragments of the Forgotten Past was finally confirmed for a 2016 release during an epic Nintendo Direct presentation last November, and after a recent new press conference, we now have that window shrunken down to a release in the summer.

At the press conference, Nintendo described the game as “basically a brand new game,” pointing towards the lack of random enemy encounters, the new graphics, and entirely new script. I would hope it’s a new experience, too! Dragon Warrior VII, its original American title, was released on the PlayStation in 2001, and it was already a decrepit relic when it hit the shelves. Seriously, this game was released within two months of Final Fantasy X!

Have you ever seen these games next to each other?

Not exactly hard to see why Dragon Warrior VII never caught on in the first place. The PlayStation 2 was defining the next 20 years of gaming, whereas Enix was busy complementing the previous 20. Gamers, as they often do, looked towards the future and made Final Fantasy X a hit. At the same time, they questioned the 4 million fans who bought Dragon Quest VII in Japan.

Let’s not make that mistake again. Dragon Quest VII: Fragments of the Forgotten Past looks phenomenal, and it will look right at home next to Fire Emblem Fates, Bravely Default, and all those other glorious and modern JRPGs that have made a nice home on your Nintendo 3DS.

Look for it on shelves this summer.