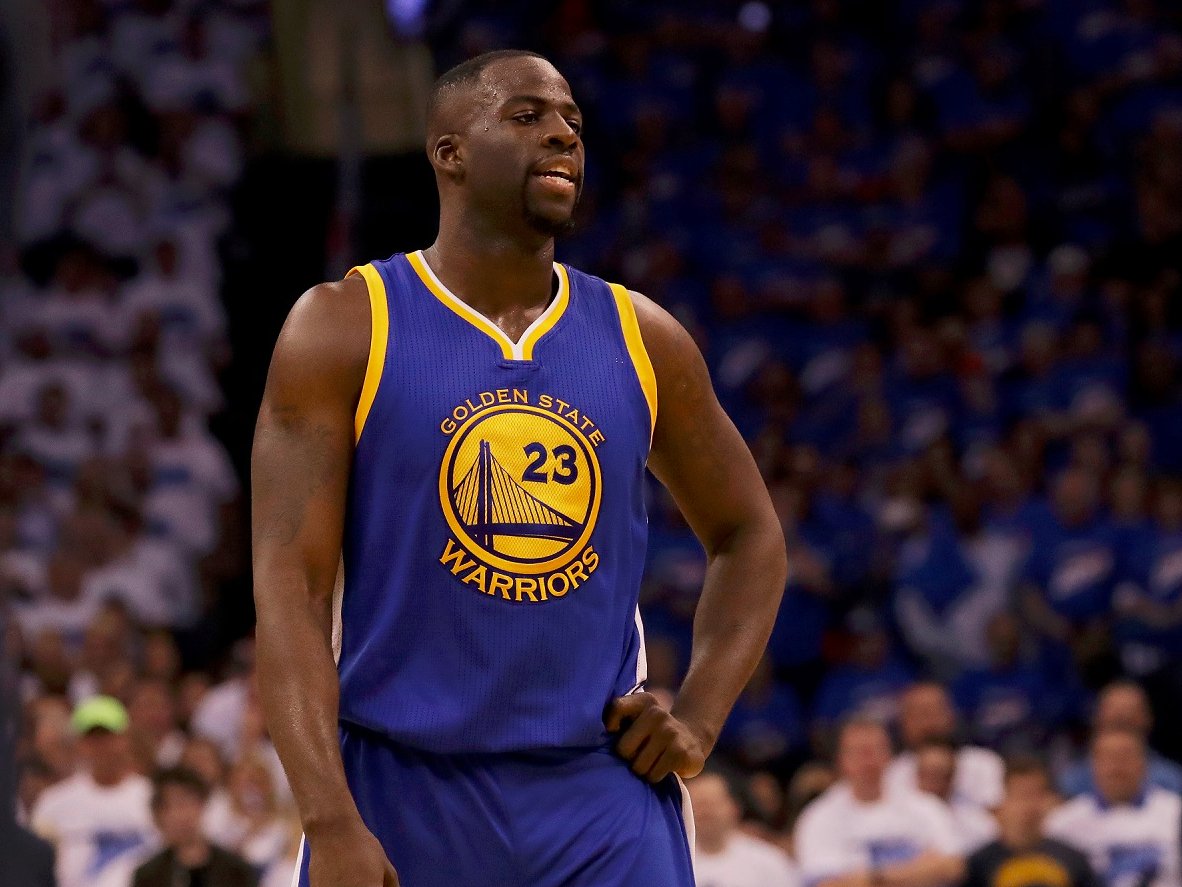 Draymond Green will be suspended for Game 5 of the NBA Finals for his altercation with LeBron James in the fourth quarter of Game 4 Friday night.

James and LeBron got tangled up at the top of the key, and James knocked over Green. As James stepped over Green on the ground, Green swiped up, making contact near James’ groin.

Green then stood up and pushed James again, and the two went face-to-face as play continued.

Later in the same play, they were tangled up again for going for a rebound, and James later had to be held back after the two exchanged words.

The NBA reviewed the play and penalized Green with a Flagrant 1 foul. This is Green’s fourth flagrant in the playoffs, which calls for an automatic one-game suspension. James was also given a technical.

The NBA’s executive vice president of basketball operations, Kiki Vandeweghe, explained in a statement, “While Draymond Green’s actions in Game 4 do not merit a suspension as a standalone act, the number of flagrant points he has earned triggers a suspension for Game 5.”

The altercation with James was Green’s latest brush-up with an opponent this postseason. Green was also in a notable incident in the Western Conference Finals, when he kicked Oklahoma City Thunder center Steven Adams in the groin. The NBA reviewed that incident and gave him a Flagrant 2 foul. According to ESPN’s Brian Windhorst, the NBA has reviewed several other plays of Green’s this postseason.

The Warriors hold a commanding 3-1 series lead over the Cavaliers, but will face the difficult task of finishing off the Cavs without the help of Green.

Watch the play that triggered the suspension below: