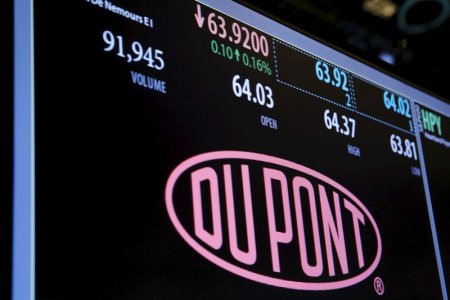 NEW YORK (Reuters) – Layoffs at chemical maker DuPont Co announced in late December, in preparation for its merger with Dow Chemical Co, create negative credit conditions for communities in Delaware and the state overall, a report said on Friday.

Moody’s Investors Service said the 1,700 jobs being cut in Delaware by DuPont represents a “significant” 24 percent of all company employees in the state.

“The layoffs focused on scientists at the Experimental Station in the greater Wilmington, DE area. This event is credit negative for New Castle County (Aaa stable), the City of Wilmington (Aa2 stable) and the State of Delaware (Aaa stable),” Moody’s said in a research note.

DuPont, which has made its home in Delaware since 1802, became the U.S. government’s top supplier of gunpowder, its mainstay business at the time, by the beginning of the War of 1812.

The company employees approximately 7,000 people in Delaware out of a global workforce of 53,000.

DuPont is referred to as “Uncle DuPie” or “Uncle DuPont,” given it has been a major employer in the state for two centuries and the family are significant donors to the civic and cultural life of the state.

Wilmington, the state’s largest city, could see its finances impacted because it is dependent on employment and income taxes, Moody’s said, adding: “the city levies a 1.25 percent wage tax, a net profits tax and a per-employee head tax, totally 45 percent of total budget.”

“Although the cuts are credit negative for the city, we expect management to maintain healthy finances,” Moody’s said of Wilmington.

The announced DuPont layoffs also create a credit negative for the state, Moody’s said. However the effects “will be more muted due to the state’s more diverse finances and tax base.”

The merged Dow and DuPont, which had an estimated combined market capitalization of roughly $130 billion when the deal was announced on Dec. 11, plans to then break up into three separate standalone businesses. It is expected to be duel headquartered in Wilmington as well as Dow’s current home town of Midland, Michigan.