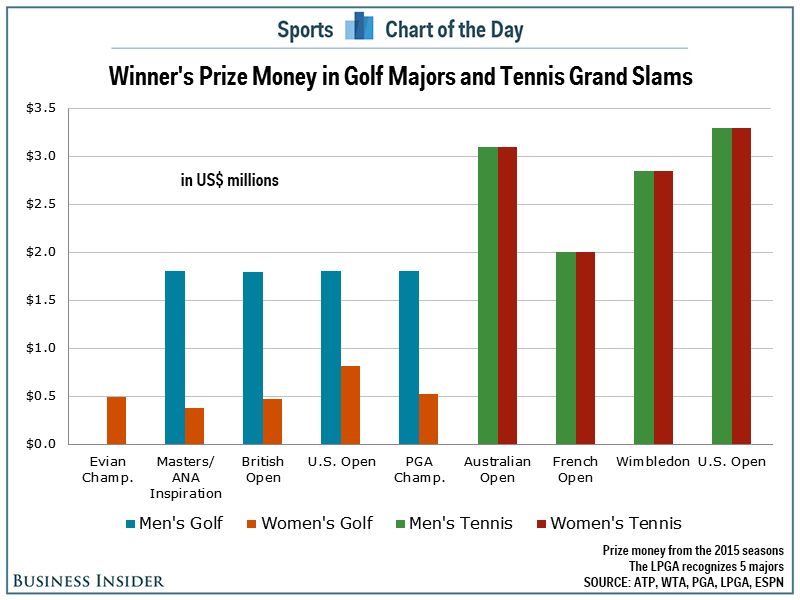 The topic of equal pay for men and women in tennis reared its ugly head again this weekend at the BNP Paribas Open when Raymond Moore, the tournament CEO, said the women “ride the coattails of the men” and that they should get down on their knees and thank God for men’s players like Roger Federer and Rafael Nadal.

The thoughts were met with swift criticism from many, including Serena Williams who blasted the comments. However, the condemnation wasn’t universal as Novak Djokovic said the men’s tour should fight for a bigger share of the tournament purses because “stats are showing that we have much more spectators on the men’s tennis matches.”

What Moore and Djokovic are both missing is that the men are almost certainly making more money thanks to playing alongside the women. Compare the top prizes at each of the four tennis Grand Slams for the men and women to what the winners make in each of golf’s majors. The difference is that the women in tennis play alongside the men at the Grand Slams and the networks pay for the rights to broadcast the entire tournament, both the men and the women, and all of the stars that come with that. This logically led to the prize money being distributed equally among the men and the women.

Obviously this is not the case in golf as the men and women play separate majors. As a result, broadcast rights between the men’s and women’s majors are dramatically different.

This could change though. A recent partnership between the PGA Tour and the LPGA Tour opened up the possibility of the two tours playing events simultaneously in the same location. If that were to happen, it will increase the value of the majors, which in turn will likely increase the amount of money being made, for the women and the men.