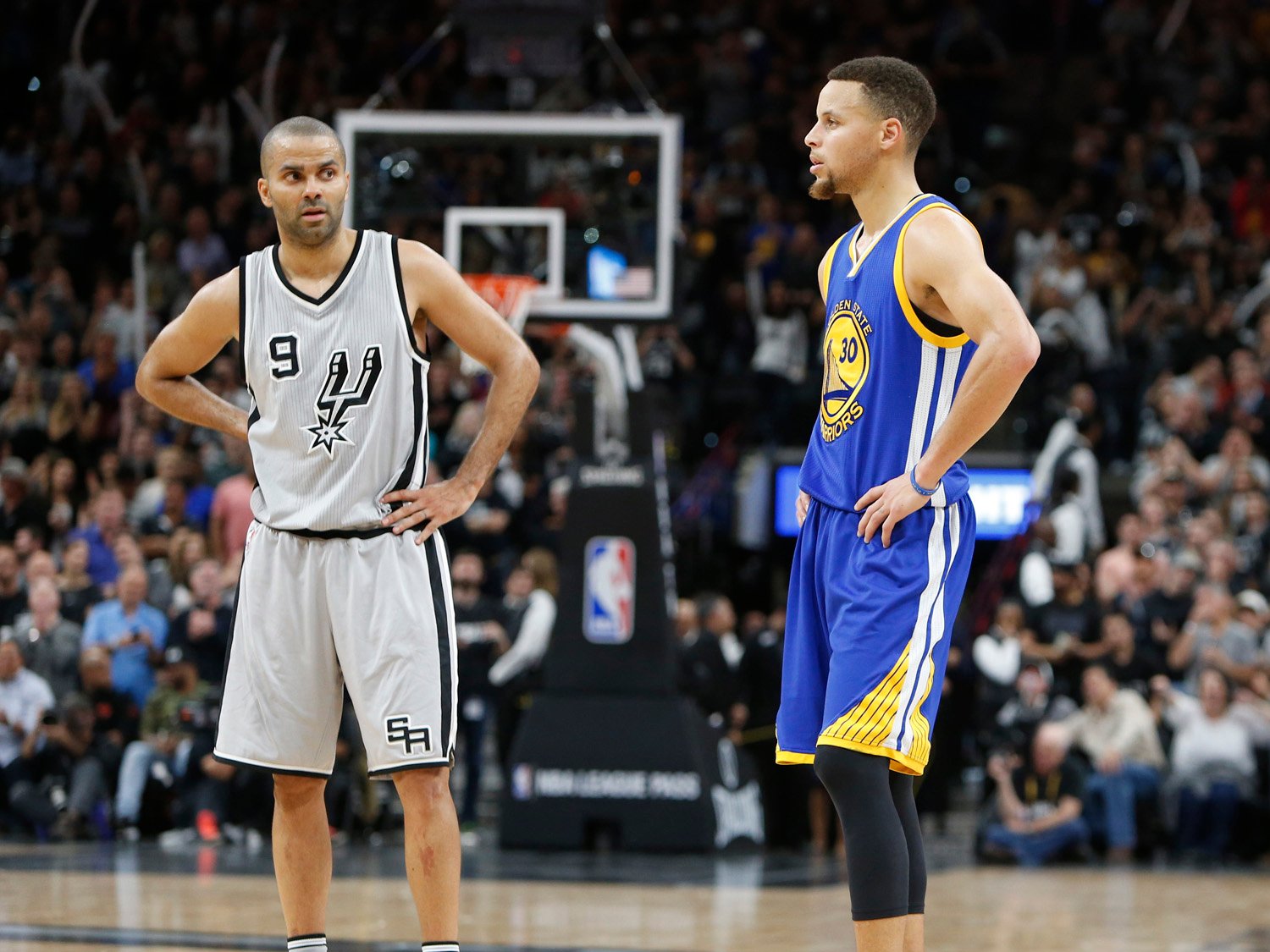 The San Antonio Spurs delivered perhaps the first eye-opening win over the Golden State Warriors this season on Saturday night.

The Spurs won ugly, beating the Warriors and marking the first loss they have had to another top-five team this year.

While it’s foolish to draw concrete conclusions from one game, the Spurs seemed to once again demonstrate the one formula for beating the Warriors: muck it up.

On Saturday, the Spurs flipped the script. The two teams averaged just 90 possessions for the night, while the Spurs bludgeoned the Warriors on the boards, out-rebounding them 53-37 while holding Curry to just 14 points on 4-18 shooting. San Antonio still turned it over 17 times, but they held Golden State to only 11 fast-break points while creating 24 second-chance points for themselves.

Notably, Tim Duncan came off the bench for only the third time in his career, and he played just eight minutes as the Spurs opted to use lighter, quicker big men in Boris Diaw and LaMarcus Aldridge.

The Spurs crowded Curry once he crossed half-court. When the Warriors tried to run pick-and-roll, as soon as Curry got over the pick, a San Antonio big man was there to halt his path and take away his space. When Curry decided to drive the lane, he found himself in a crowd of grey and black jerseys. Stephen Curry was 2-of-10 on contested field goals against the Spurs, and 2-of-8 on uncontested looks (via https://t.co/V88TTnoa2T).

The Spurs also caught Klay Thompson on an off-night, as he went 1-7 from three-point range. It’s worth noting the Warriors were missing Andrew Bogut and Andre Iguodala, who is key to the Warriors’ small-ball lineups. They also were on the second night of a back-to-back.

Yet the Spurs may have the basic formula. Instead of tasking Kawhi Leonard with hounding Curry from end to end, the Spurs gave him different looks. Speedy guards like Tony Parker and Patty Mills, while not great individual defenders, stuck with Curry as soon as he crossed half-court, Danny Green bothered Curry with his length, and the Spurs’ more mobile big men contained Curry or forced him to drive.

Even Curry admitted after the game that he was a little uncomfortable, saying, “The biggest thing tonight was, we were trying to exploit that spacing by shooting a bunch of perimeter shots. That’s fine if they’re going in. But you know right away, [I] missed my first three or so, struggled a little bit in that first quarter. You gotta be able to attack the basket a little bit more.”

When the Spurs forced the Warriors inside of the three-point arc, they were generally successful at stifling those looks. These shots inside the arc are not the shots Golden State uses to kill teams: In general, this scheme appears to be the general blueprint to giving the Warriors trouble. Hound Curry, dare other Warriors to beat you (very possible), slow the tempo, and control the glass. The slow pace takes away some of the momentum-building shots the Warriors can hit in transition, and pushing them inside the arc also suffocates their offense. When Golden State is raining threes, they not only hype up themselves and the crowd, they stretch the defense, thus creating easier looks inside of the arc.

It’s not an answer to the riddle, and again, the Spurs certainly got lucky. They were healthier, more rested, and they caught Curry and Thompson on a rare off-night. But nonetheless, when Golden State has looked vulnerable against the NBA’s top teams, it’s when their opponents dictate the style of play.

The Warriors and Spurs play twice more in the regular season. The outcomes of those games, and whether it’s a Warriors-style or a Spurs-style game, will be very telling: have the Spurs and Cavs gotten lucky, or are they on the verge of solving the puzzle?