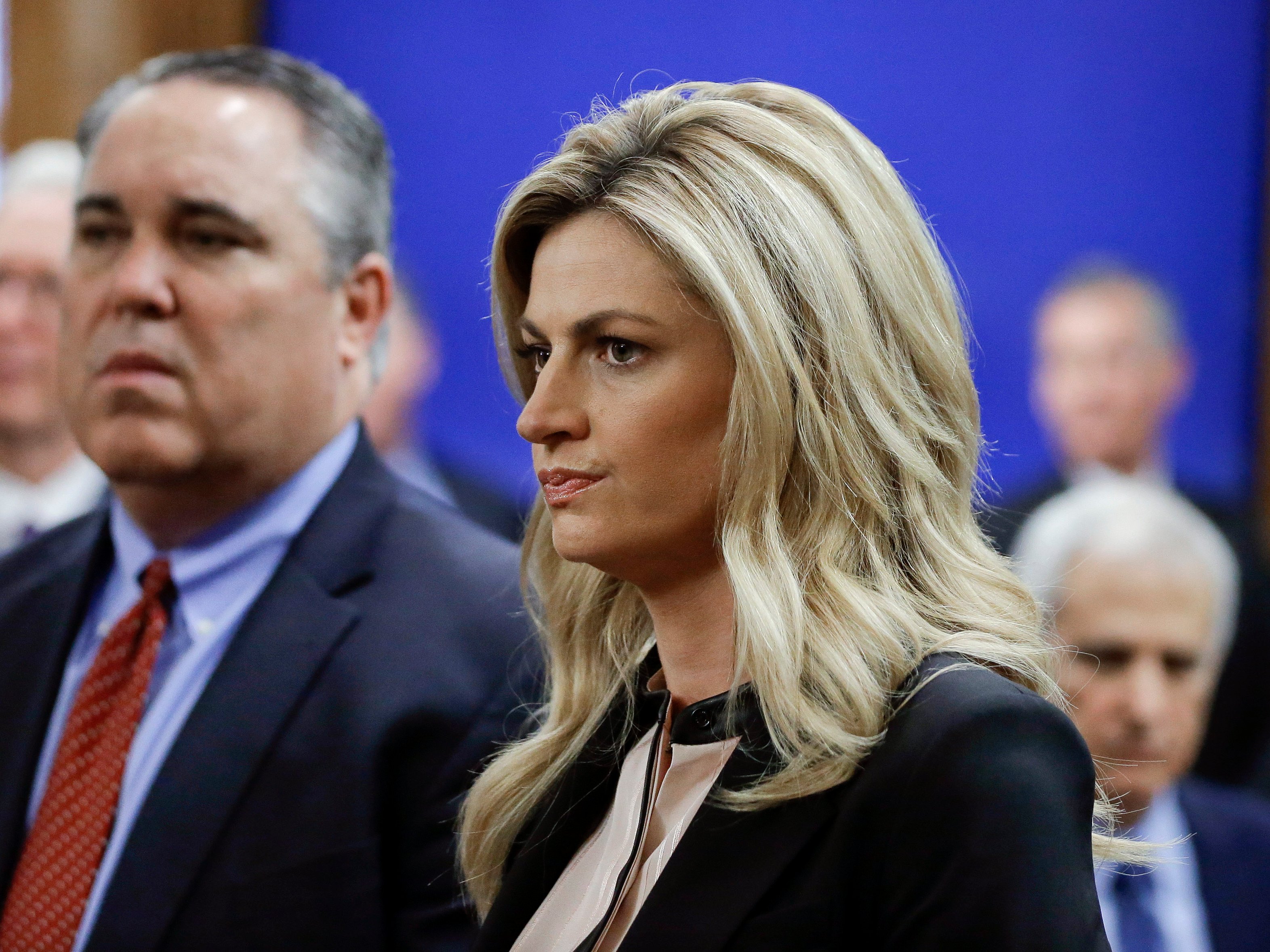 APSportscaster and television host Erin Andrews, right, stands with attorney Scott Carr, left, as they wait for the jury to enter the courtroom before closing arguments Friday, March 4, 2016, in Nashville, Tenn.

On Monday, Erin Andrews won a huge $55 million lawsuit over a nude video that was taken of her in a hotel by a stalker in 2008.

A Tennessee jury found that Michael David Barrett, the man who filmed the video and pleaded guilty to stalking her in 2009, was 51% responsible for the emotional distress on Andrews, and that Nashville Marriott, the hotel, was 49% responsible.

They were ordered to pay $28 million and $27 million, respectively, totaling a $55 million settlement for Andrews. Barrett was responsible for the criminal act, and the hotel was responsible for sharing Andrews’ information and allowing Barrett to get a room next to hers.

However, according to reports on Tuesday, Andrews may not see most of that $55 million.

First, Barrett is unlikely to be able to pay the $28 million for which he’s responsible. After legal fees, he may have have to file for bankruptcy. CNN reports that Andrews could attach a percentage to his future earnings, but that it may not be worth it for Andrews to continue to seek money from him.

It’s more complicated on the hotel end. The hotel is likely to file for an appeal. In an appeal, judges could decide to lower the payment. According to CNN, in cases like this, the two sides may negotiate a settlement before the appellate court rules.

As CNBC notes, an appeal could go two ways. They could increase the payment and make the hotel solely responsible, in which case the Nashville Marriott may not be able to pay the full $55 million and thus go to bankruptcy court. Or they could lessen the payment, arguing that the hotel couldn’t have known that they would have been fooled by Barrett (to get Andrews’ hotel room information) and know that he would film her.

Thus, a settlement between the two sides could be likely and could lessen what Andrews gets. Additionally, CNN says that Andrews lawyers likely took the case on “contingency,” so they will receive part of the settlement. Andrews also has to pay her legal fees.

CNN says the settlement and what Andrews receives will likely still be a multi-million dollar deal, but the payout may not be close to $55 million, and could end up being far less than half of the amount awarded.