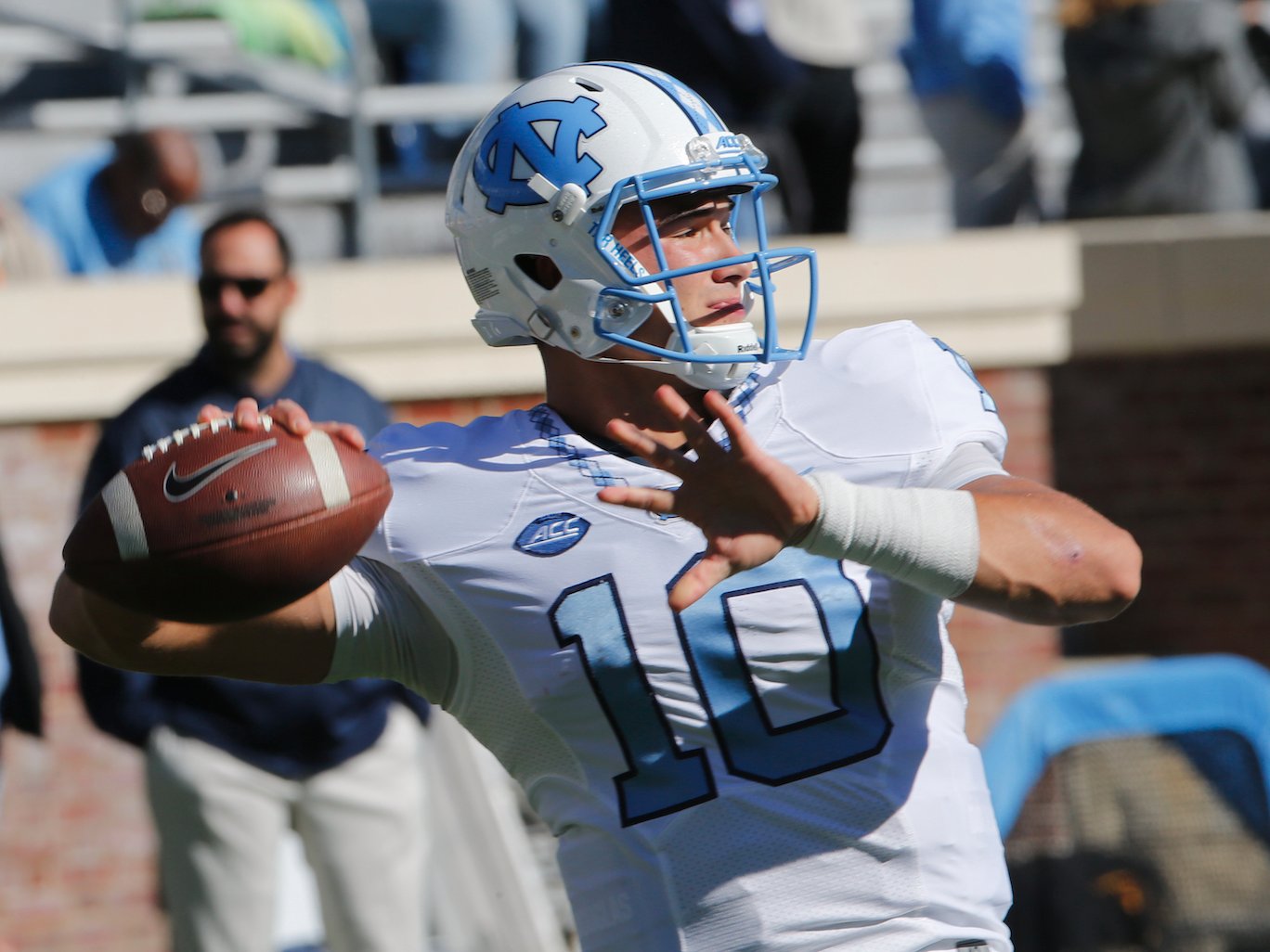 ESPN draft expert Mel Kiper Jr. has released his latest mock draft and there is a major shakeup in where he projects the top quarterbacks to land.

According to the latest mock, the Cleveland Browns are now projected to be the first team to draft one of the top quarterbacks, with Kiper having them take North Carolina’s Mitch Trubisky with their second pick in the first round. Kiper notes that Trubisky is from Northeast Ohio, but that the Browns could also still go after Patriots backup Jimmy Garoppolo.

“This might be the ideal situation for the Browns, getting the top overall prospect at No. 1 [Texas A&M DE Myles Garrett] and the top quarterback at No. 12. This is assuming they don’t use draft capital to trade for Patriots backup Jimmy Garoppolo, who could still be available if the price is right … The potential is there, but he’s green. Trubisky could compete with Cody Kessler and give the Browns some hope for the future.”

If the Browns do select a quarterback in the first round, it would be the fifth time they have done so in the last 18 years. No other team has selected more than three during the same period.

This is a big fall for Trubisky in Kiper’s mock draft. In his previous version, Kiper had Trubisky going No. 2 overall to the San Francisco 49ers.

Kiper now has the 49ers taking Stanford defensive lineman Solomon Thomas, noting that the 49ers’ recently signed veterans Brian Hoyer and Matt Barkley. Kiper now feels the 49ers are more likely to go after “developmental prospect” in the second or third round, such as Texas Tech quarterback Patrick Mahomes.

The other top quarterback in the draft is Clemson’s Deshaun Watson. Kiper has him coming off the board immediately after Trubisky, to the Arizona Cardinals at No. 13, noting that Arizona “Arizona needs a quarterback of the future, and this is a sneaky spot to grab one.”

Kiper previously had Watson going to the Buffalo Bills at No. 10. However, that was based on the idea that incumbent starter Tyrod Taylor would be released. Instead, Taylor restructured his contract and the Bills no longer need a quarterback.

Kiper still differs from fellow ESPN draft expert Todd McShay on which quarterback will come off the board first.

In McShay’s most recent mock draft, he has Watson being drafted at No. 12 by the Browns and Trubisky not being selected until No. 25 by the Bills.