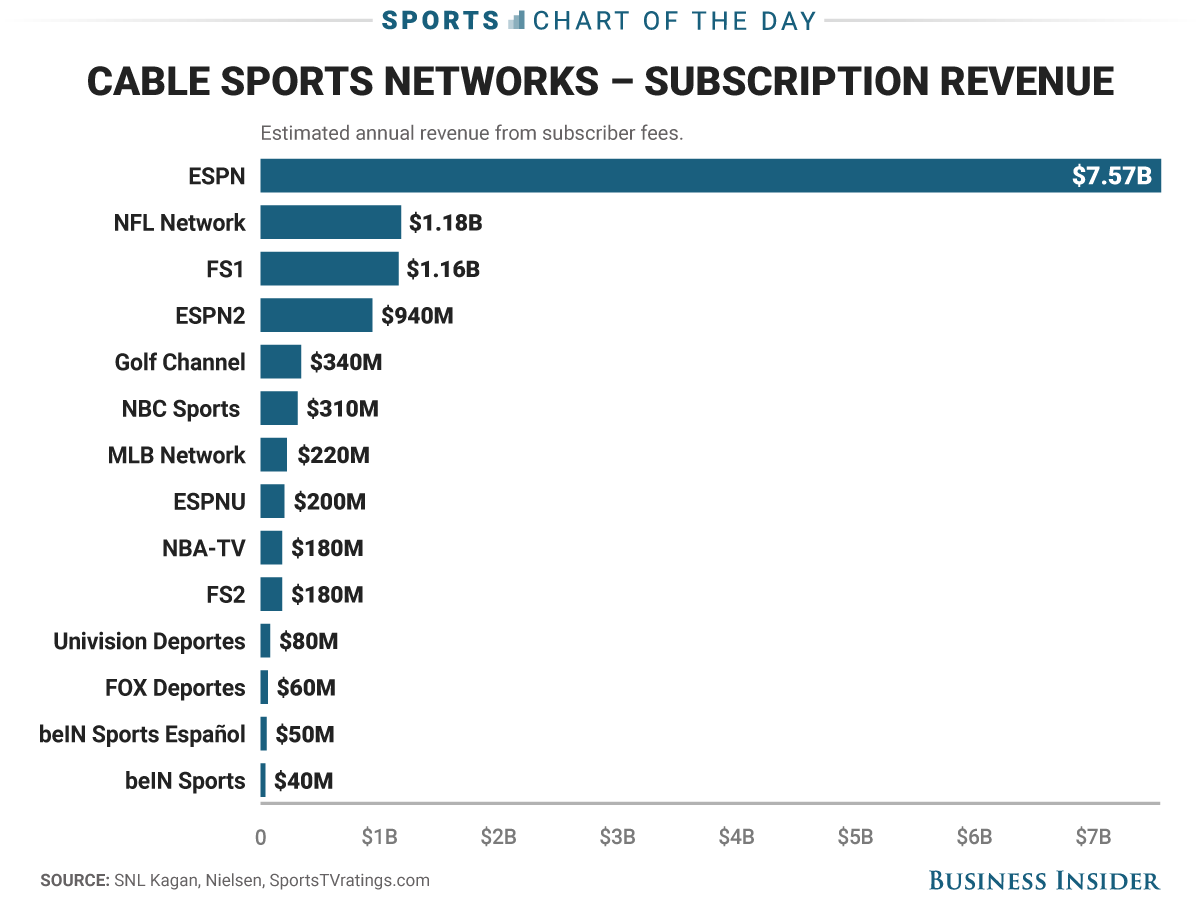 ESPN made headlines recently for their latest round of layoffs, jettisoning approximately 100 employees, including dozens of well-known on-air personalities.

In the aftermath, many have pointed to the dwindling subscriber base. According to the latest estimates, ESPN has lost 12 million subscribers in the last six years, a drop of about 12%. However, most of those subscribers were not ESPN viewers. This is evidenced by the amount ESPN charges cable and satellite providers per customer, up to$7.21 each month for ESPN alone, five times more than any other cable network, and still rising.

In fact, we can see just how dominant ESPN continues to be by comparing their revenue from subscriber fees to the other top sports networks. ESPN is pulling in $7.57 billion annually from cable and satellite subscribers — whether they watch ESPN or not — just for their main network, and nearly $6.5 billion more than any other sports cable network. This doesn’t include advertising revenue, revenue from their other networks (e.g. ESPN2, ESPNU, SEC Network), or their digital revenue.

In other words, ESPN may be refocusing some of their efforts in different directions, but they are still the “Worldwide Leader in Sports.” SEE ALSO:The most controversial picks from the 2017 NFL Draft