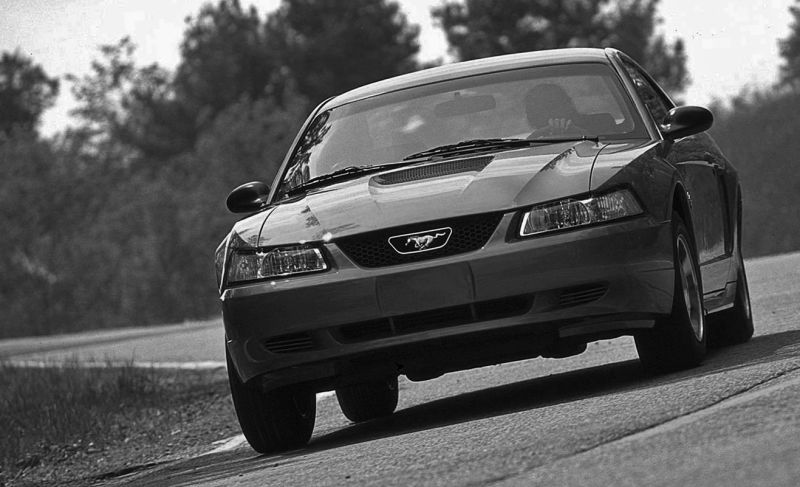 A wild Ford Mustang attack was thwarted by a brick house in London today. No word yet on what happened to the other two little pigs though, police are still sifting through a bunch of wood and straw. Just kidding, but the car did make a $40,000 mess of an elderly couple’s house.

CTV Londonis reporting that a Ford Mustang, which looks like a late fourth-generation convertible, crashed into a two-story house in east London at around 4 a.m. local time on Wednesday, terrifying the occupants and doing some damage to the front of the building.

It’s the damage to the house, by the way, that’s being reported as costing $40,000. That fake-hood-scoop-having car’s only worth a few thousand Sizzler coupons on a good day.

The Mustang looks like it lost control and got hooked up on the front staircase of 1732 Culver Drive, at which point its occupants allegedly made a break for it on foot. “I screamed at them to get back here, that they can’t just leave,” neighbor Anita Garnet told Blackburn News. Local news also reported that a man who showed up at a hospital “with serious but non-life threatening injuries” has been identified as the driver and charges are “pending” per police investigation.

Stay safe out there, and if a Ford Mustang’s coming for you, for godsakes get behind some bricks!

Our National Nightmare May Be Over: Ford Mustang Gets Pedestrian Avoidance Tech

The Internet Hates The Ford Mustang