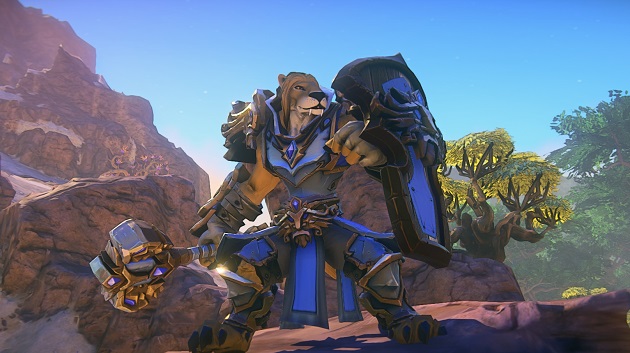 While it might be a great week for classic PC gaming titles like Diabloand Warcraft, one good ol’ fashioned franchise won’t be able to join the good times. Daybreak Game Company, formerly Sony Online Entertainment, has canceled EverQuest Next, saying that the game simply “wasn’t fun.”

In an open letter from Daybreak President Russell Shanks, he shares his regret with fans who were hoping that the game would help bring Norath and the revolutionary franchise back into the mix of the online gaming world.

To Our Daybreak Community,

I’m writing today to let you know that, after much review and consideration, Daybreak is discontinuing development of EverQuest Next.

For the past 20 years EverQuest has been a labor of love. What started as a deep passion of ours, as game creators, grew into a much larger passion shared by you, millions of players and Daybreakers alike. Watching EverQuest’s ability to entertain and bring people together has inspired and humbled us. It’s shaped our culture and has emboldened us to take aggressive risks with our game ideas and products. When we decided to create the next chapter in the EverQuest journey, we didn’t aim low. We set out to make something revolutionary.

For those familiar with the internals of game development, you know that cancellations are a reality we must face from time to time. Inherent to the creative process are dreaming big, pushing hard and being brutally honest with where you land. In the case of EverQuest Next, we accomplished incredible feats that astonished industry insiders. Unfortunately, as we put together the pieces, we found that it wasn’t fun. We know you have high standards when it comes to Norrath and we do too. In final review, we had to face the fact that EverQuest Next would not meet the expectations we – and all of you – have for the worlds of Norrath.

The future of the EverQuest franchise as a whole is important to us here at Daybreak. EverQuest in all its forms is near and dear to our hearts. EverQuest and EverQuest II are going strong. Rest assured that our passion to grow the world of EverQuest remains undiminished.

In happier news, Shanks pledged to further support EverQuest and EverQuest II, and he also stated that the EverQuest Landmark online sandbox tool will continue. Fans also continue to have the blessing to run EverQuest 1999, a project designed to recreate EverQuest asit was back in 1999 when it first launched.

In other words, EverQuest will continue as long as the fans are there to allow it to happen.