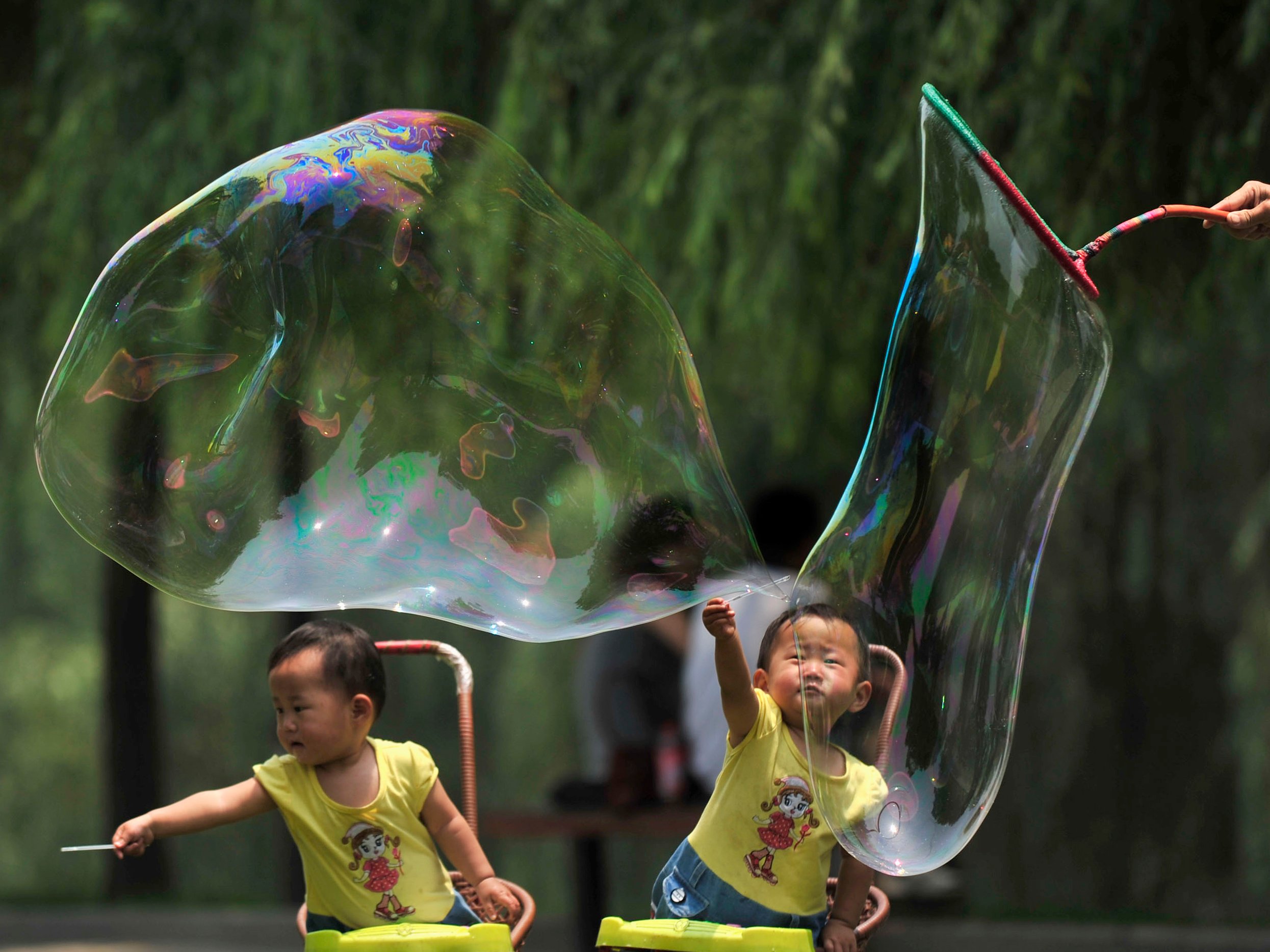 Then, China’s stock market bubble burst over the summer, and investors lost a ton of money before the government took control of the system.

Now the concern floating around the world of markets is that the third in China’s “triple bubble” is about to burst.

That bubble is credit, especially corporate bonds, which have absolutely exploded over the past year as refugees from the other bubble bursts searched for yield.

This one is going to be for a very straightforward reason, too — supply.

Simply put, there are about to be too many bonds in China, and that could ultimately harm the weakest part of the Chinese economy, the debt-loaded zombie companies that helped form the property bubble and are now unable to turn a healthy profit.

Here’s how all of this happened. When the Chinese stock market went careening downward last summer, a ton of the money that was invested in the market ran into the credit market, specifically corporate bonds.

“In our view, China is in the midst of a triple bubble, with the third-biggest credit bubble of all time, the largest investment bubble (proxied by the investment share of GDP) and the second-biggest real-estate bubble,” Credit Suisse analyst Andrew Garthwaite wrote in a note back in July.

This was great for China’s debt-laden corporates. They could keep running on easy credit because demand was so high. Corporate-bond issuance increased 21% from 2014 to 2015, and by the end of last year their total stock made up 21.6% of GDP, as opposed 18.4% the year before, according to Societe Generale.

At the same time, the government has been getting a move on an important project it has been working on for some time — turning local-government debt from the country’s infrastructure boom into a real municipal-bond market.

That’s a lot of bonds. What is worrying analysts is that all this supply is coming online while demand for Chinese bonds is waning — especially among foreign investors. The Chinese government eased restrictions on their entrance into the market in July, and will continue to do so, but still, they’re not biting.

What’s more, Credit Suisse doesn’t think restrictions on foreign buyers will be fully eased until the end of 2016 at the earliest, which leaves the bond market hanging for the rest of the year.

It also doesn’t help that Moody’s put China’s government bonds on negative watch earlier this month too. Moody’s is concerned because of China’s long-term economic issues — debt, a lack of structural reform, and a slowing economy. And there’s more. The Chinese government is letting investors use margin loans to enter the stock market again. That means the equity-trading party is back on in Shenzen and Shanghai, so traders — including mom-and-pop investors — are going to take their cash out of the bond market and put it back into stocks.

“Investment flows from Chinese households may start to wane. The equity market crash around mid-2015 triggered a massive relocation of household savings into the bond market through investment products. The equity market seems to be stabilizing now and housing prices are rising briskly in big cities, which might start to divert retail investors’ attention,” wrote Societe Generale analysts Wei Yao.

“In our view, the corporate bond market is becoming increasingly vulnerable.”

NOW WATCH: British entrepreneurs are bottling fresh air and selling it to China for $115 a pop