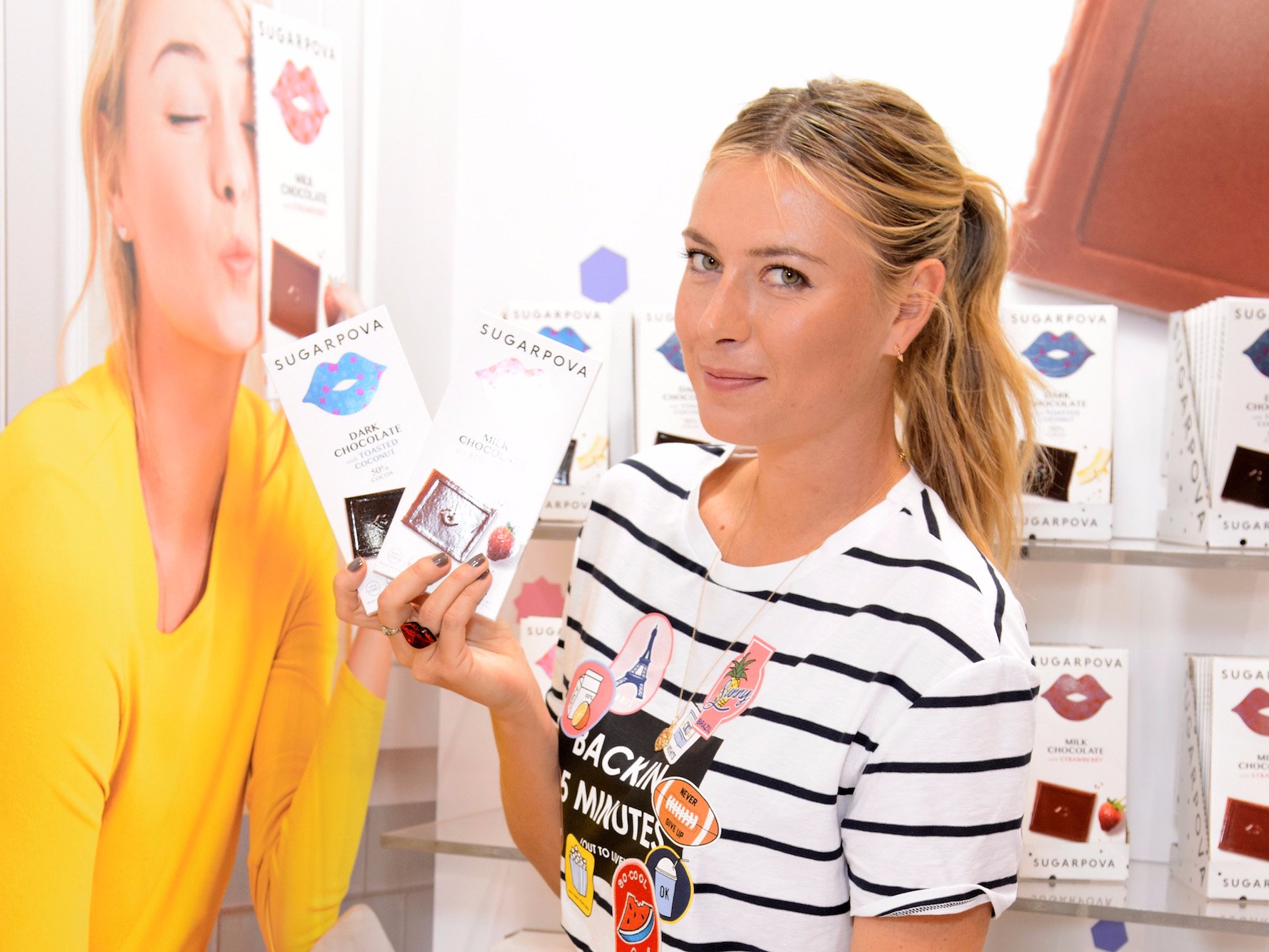 Did you know she owns a line of candy and chocolate called Sugarpova?Daniel Boczarski / Getty

Maria Sharapova is making her official comeback to tennis on Wednesday night in Stuttgart, Germany, following a 15-month doping ban from the game.

A wild-card entry to the Porsche Grand Prix tournament, the 30-year-old Russian will face 34-year-old world No. 36 Italian Roberta Vinci in her first game. If she reaches the final, it could put her in the French Open next month.

The International Tennis Federation announced in June that Sharapova had been barred from tennis for two years after she tested positive for the banned substance meldonium ahead of the Australian Open.

While she had been taking the drug for 10 years for medical reasons, she had received multiple emails warning that it had been added to the World Anti-Doping Agency’s list of banned substances.

The ban was reduced to 15 months following a successful appeal in October (Sharapova claimed she had never read WADA’s updated list, and her agent took the blame) the four-time Grand Slam winner has had a lot of time to kill.

A look at her her Instagram feed — where she has 2.4 million followers — suggests that her year out of the game has been spent training vigorously in stunning locations around the world, travelling, modelling, working on her Sugarpova candy line, and even attending Harvard Business School.

Scroll on to find out what Maria Sharapova has been up to while she’s been suspended from the world of tennis.