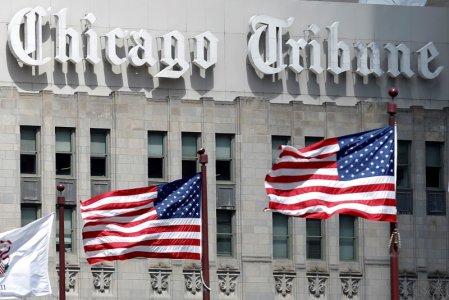 While Oaktree is not in favor of selling Tribune for the $815 million Gannett Co Inc had offered last month, the New York-based investment firm wants Tribune to actively engage with Gannett and other potential buyers to seek a higher price, the people said.

The sources asked not to be identified because Oaktree has not made its views public.

Oaktree, a private equity firm focused on distressed investing, owned 14.82 percent of Tribune as of Dec. 31, according to Thomson Reuters data. Merrick Media LLC, which is controlled by Tribune Chairman Michael Ferro, is the largest shareholder with a roughly 16 percent stake.

(Reporting by Liana B. Baker in San Francisco and Greg Roumeliotis in New York; Editing by Richard Chang)