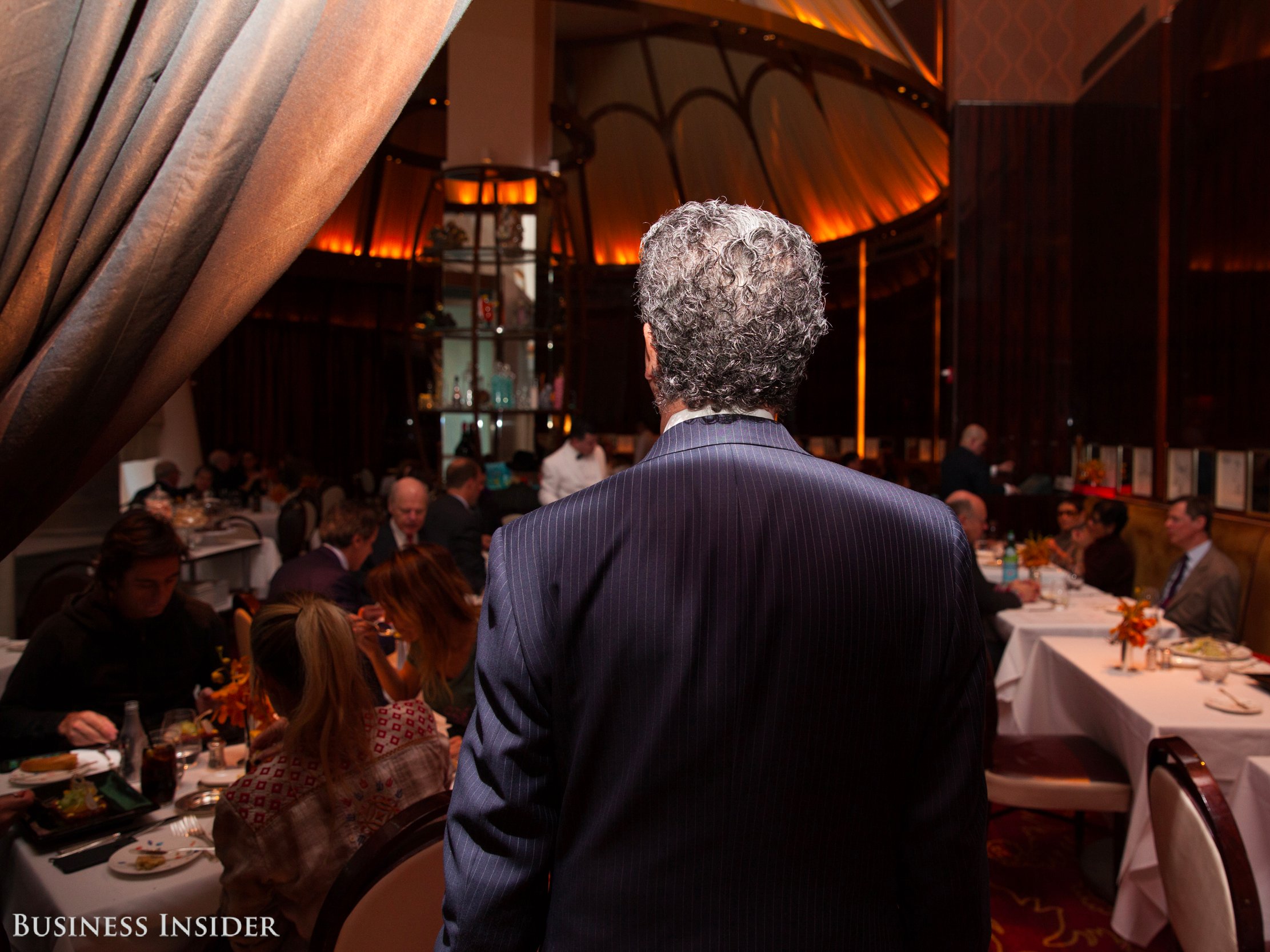 America’s business leaders are rethinking how they network.

Gone are the days when execs both young and more veteran had the time to spend hours at a boozy lunch or on the golf course. Taking its place are a whole new set of networking activities — think “sweatworking” on a run or at a SoulCycle class, or going on a cultural retreat with business associates.

Leading the charge is a new generation of business leaders who value efficiency and multi-tasking more than ever before. Rather than devote a large chunk of time to a formal activity they wouldn’t necessarily enjoy otherwise, many execs are seeing the value in combining their hobbies with their business.

“I have found one of the most interesting ones has been music festivals. Several very compelling things have come out of Bonnaroo, Outside Lands, and Trans-Pecos for us over the past few years,” Amar Lalvani, CEO of hotel group Standard International, told Business Insider. “It’s a real opportunity where executives are way out of their element, let their hair down, and have the time and space to have unexpected conversations about shared interests that lead to ideas and initiatives.”

“[It’s] consistent with the almost total blending of work and play for most executives these days.”

For many of those execs, that means getting a workout in while they catch up with contacts. The trend of taking clients to SoulCycle has been well-documented, but execs at the fitness studio say they see “sweatworking” becoming even more popular.

“At first it was mostly people in media and finance, but now it’s lots of industries,” Gabby Cohen, SoulCycle’s VP of brand strategy, told Business Insider. “We’re all time-trapped, but it’s important to stay connected to other people. Having the chance to connect with people in a positive, healthy way for a short period of time makes SoulCycle an appealing option for this.”

During SXSW, Foursquare partnered with Cyc Fitness to host a spinning-while-networking event at different sites around Austin.

“Our attendance was really high,” Justin Breton, Foursquare’s head of marketing partnerships, said. “People felt that they did something different from the usual drinking and eating events at SXSW.” Foursquare hosted spin-class pop-ups at different locations around Austin during SXSW. This one was on the roof at the Westin.Sydney Torabi from Spinsyddy

The power lunch is dead

In general, the idea of interrupting a day’s work flow to entertain a client over lunch is becoming less popular.

“Running a startup, I rarely have time for a full sit-down lunch meeting in order to network and continue building our business,” Adrian Aoun, CEO and founder of the AI-focused healthcare startup Forward, told Business Insider. “Many times I resort to eating a quick lunch at my desk, but as the founder of a startup that’s health-focused, I know all too well how detrimental being sedentary all day can be. For this reason, I make almost all my meetings walking meetings.

“I even ask my office manager not to schedule a conference room so it forces good behavior. I find walking meetings to be much more productive because you have to focus and can’t be distracted by your phone or laptop.”

The trend of “sweatworking” is certainly more common among tech or media companies, where employees tend to be more willing to stray from tradition. But even on Wall Street, today’s business lunches pale in extravagance compared to the meetings bankers held prior to the recession. Many businesses are becoming more image-conscious and, along with that, more cautious about appearing wasteful.

Meanwhile, several of the restaurants that have famously been havens for extravagant lunches have struggled in recent years.Last July, New York’s iconic Four Seasons restaurant closed following rent hikes and conflicts with Aby Rosen, the restaurant’s landlord at the Seagram Building.

Le Cirque, another storied Manhattan power-lunching spot, filed for Chapter 11 bankruptcy with its sister restaurant Circo in March. “We had a short-term cash-flow issue so we filed for Chapter 11 to ensure we would not lose the leases on the two restaurants,” Mauro Maccioni, son of founder Sirio, told Page Six in the wake of the filing. “Both restaurants continue to operate as usual and fully staffed. We are in the process of restructuring ourselves and securing some additional outside funding.”

Still, some say that for a certain set of veteran decision-makers, the draw of a power lunch is still very strong. And while attitudes around the tradition have shifted, high rents and other shifts in the New York real estate market are also big factors in a restaurant’s success.

“There’s still something appealing about the energy and seeing all of those people. Face-to-face time spent with a client is really a good thing to do. It’s a well-worn tradition,” PR pro Leslie Stevens said to Business Insider. “But the two-hour thing — forget it. It’s an hour. We’re definitely into speed lunch now.”

While the team behind the Four Seasons is working on opening at a new location in Manhattan, Major Food Group — of Carbone, Parm, Santina, and Sadelle’s, among others — plan on opening a new complex of restaurants in the Four Seasons’ former home. The Grill, the first of three restaurants that are slotted for the space, will be opening soon.

“I think historically, as in places like the Four Seasons, ‘power’ was heavily defined by being seen and who you were seen with,” Christene Barberich, cofounder and global editor-in-chief of Refinery 29, said. “Today power comes, more likely, from flexibility, freedom, and efficiency … I don’t know many people who have the luxury to travel 45 minutes to sit and ‘lunch’ for 2 hours, and then spend $300 on top of that.”

Golf also isn’t what it used to be

Meanwhile, golf, the longtime sport of business executives across America, is losing steam with the average consumer. According to data from the National Golf Foundation, golf participation has fallen nationally by 20% since 2003. The data suggests that while the core group of golfers continues to enjoy the sport, casual participation has fallen in recent years.

Data from the Sports & Fitness Industry Association has shown that millennials between the ages of 18 to 30 have a lack of interest in playing the game, and more than 800 golf courses have shuttered across the US in the past decade. From Las Vegas to New Jersey, many courses are being replaced with housing developments. The Apple Ridge Country Club, located in Mahwah, New Jersey, has been closed for over a year.Sarah Jacobs

As NPD Group analyst Matt Powell observed in a Forbes blog post in 2014, the golf industry has had a hard time appealing to a younger generation of millennials who have a completely different set of values. Golf is expensive, time-consuming, and exclusive, which doesn’t exactly jive with a generation who takes pride in “the hustle” and values experiences over luxury goods.

“Millennials were hit hard by the recession. This caused them to seek value in every purchase,” Powell wrote. “Millennials are willing to spend on things they think are important but always look at purchases with a value lens. Spending big money on rounds and equipment apparently does not connote value to millennials.”

But getting some exercise, even if it’s just for a walk, does.