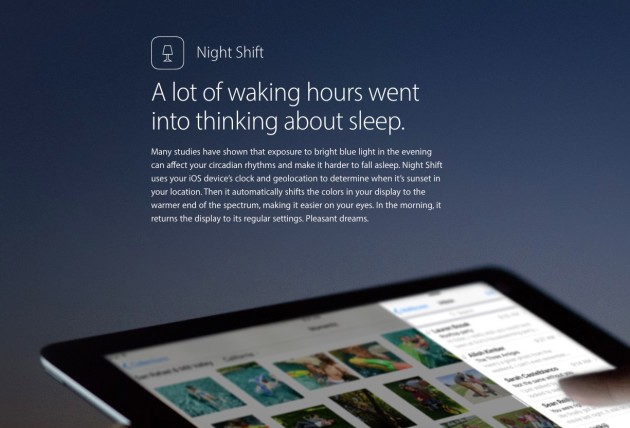 You may not realize it, but your smartphone is keeping you up at night. Specifically, the bright blue light emitted by the display could be tricking your brain into thinking its still daytime even when it’s dark outside.

This week Apple unveiled a solution called Night Shift as part of its latest beta, but one company is calling out the Cupertino giant for playing dirty. F.lux, which was recently blocked from iOS devices, has published a blog post calling itself the “original innovators” and asking for a fair chance to compete in the App Store.

F.lux has been around since 2009 and offers a similar experience to Night Shift with tons of customization options. It’s available for OS X, Windows and Linux computers, along with jailbroken iOS devices. Last year the company found a workaround to run on regular iPhones and iPads, but Apple quickly shut that down.

Now that iOS is set to come with its own version of the service, it seems only fair that F.lux should be allowed into the App Store as well. Whether Apple will give in or even acknowledge the request seems doubtful, but hopefully the Cupertino company will surprise us.