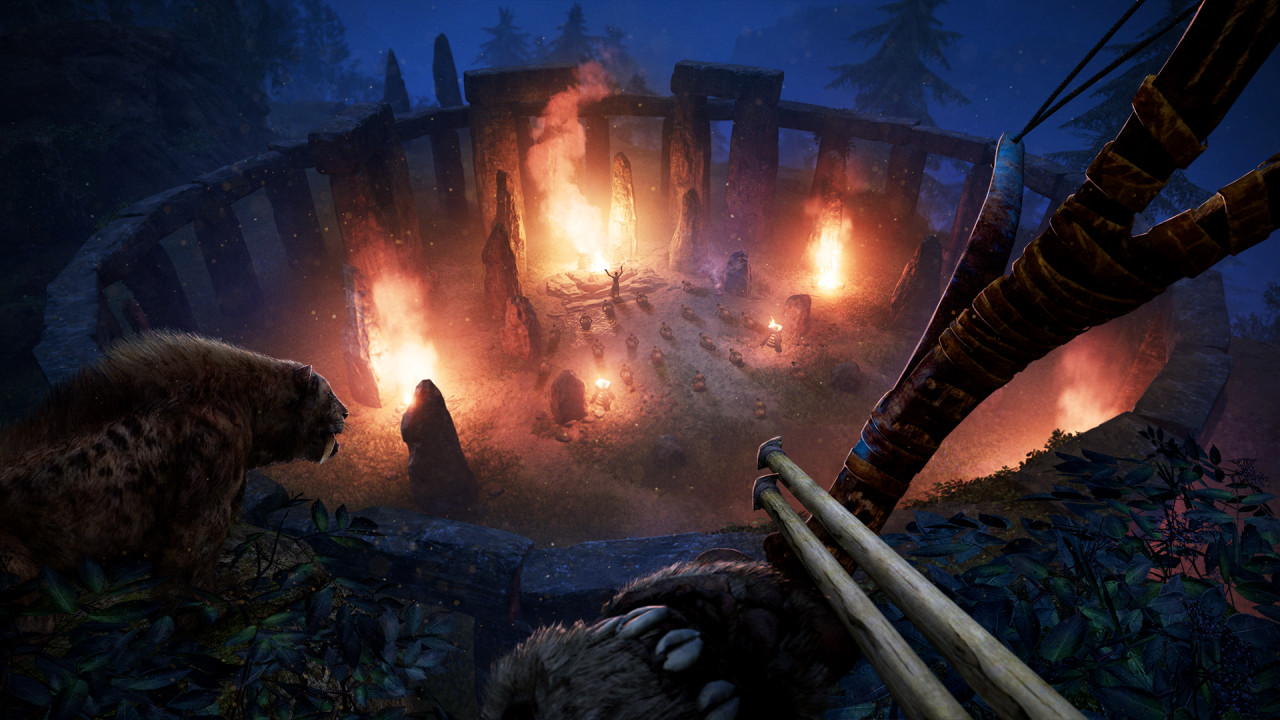 This video might be taken down soon, so enjoy it while you can. A 30 minute clip from Far Cry Primal has been uploaded by All Games Beta.

The clip features some objective play alongside some open world goodness. It looks really good in motion, and it features some absolutely brutal combat, something I think Far Cry Primal will feature a lot of.

You know, when I heard that Ubisoft was doing another Far Cry spin-off, I’ll admit I was hoping for something a bit more ridiculous like what we saw with Blood Dragon. I was disappointed with the initial reveal of Primal; however, each asset that I’ve since then has convinced me I’m wrong. I’m actually excited for Far Cry Primal. It looks fun.

The game will launch for the PlayStation 4, Xbox One and PC platforms on February 23, 2016.