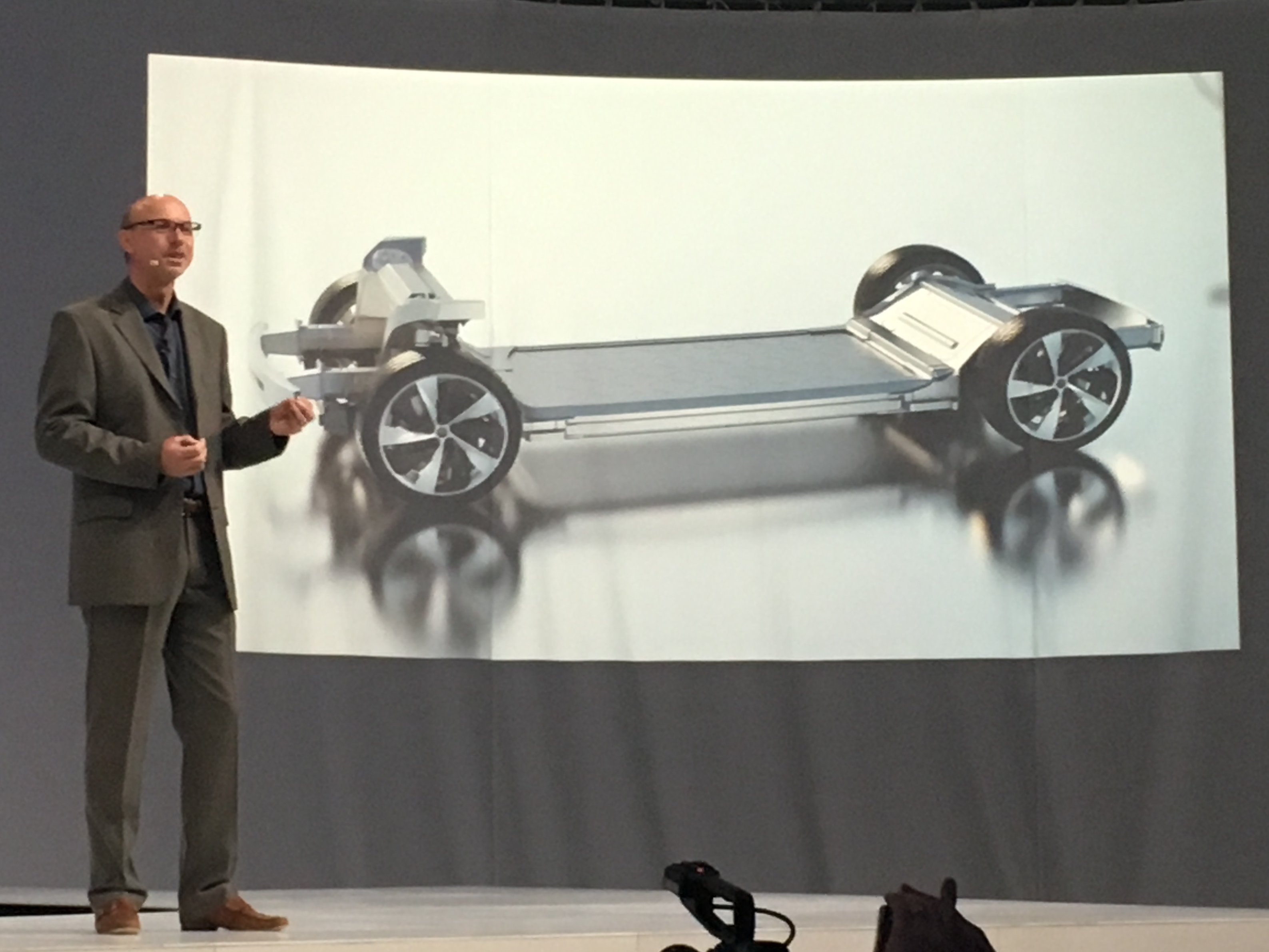 Smartphones are the new car keys

For all of the attention that electric-car startup Faraday Future has gotten in the last year, there’s still very little that’s known about the company.

When it first appeared in California last year, Faraday Future was quickly dubbed a potential Tesla-killer, backed by Chinese-internet billionaires keen to get into the EV game.

After months of speculation and the occasional teaser from Faraday, the startup showed off its FFZero1 vehicle concept at the Consumer Electronics Show in January.

With it, came Faraday’s Variable Platform Architecture and modular battery packs — both of which are supposed to help Faraday produce multiple types of vehicles, large and small.

We also know that Faraday wants to be more than just an automaker — targeting multiple domains, including tech, internet, and entertainment — all of which would be delivered to something with four wheels.

But once Faraday Future announced a $1 billion deal to build an assembly plant in Nevada, the questions really started piling up.

Here’s two company names you need to know going forward: Leshi Internet Information and Technology, and LeEco. Leshi is a Chinese media company. LeEco — which is Faraday Future’s corporate partner — is one of Leshi’s business divisions.

The Faraday Future factory deal was announced in December — the same month that Leshi suspended trading on markets in China.

The Leshi stock suspension worried state officials in Nevada, where policymakers had offered Faraday more than $215 million in tax breaks to get the factory built. Nevada state treasurer Dan Schwartz told Business Insider that he asked Faraday Future for about $75 million as collateral for the project.

“I’m only responsible to the taxpayers of Nevada,” Schwartz said at the time.

Faraday Future executives announced on Thursday that the company would put up a $75 million performance bond for the project. Another $13 million would be paid by mid-May to go toward construction.

As it turns out, Nevada’s concerns about the link between Leshi’s suspended stock and the risk associated with the Faraday factory could be misplaced.

The trade suspension was part of the normal course of business in China, as Leshi undergoes some corporate restructuring. Leshi stock, once expected to resume trading on the Shenzen exchange this week, has been pushed back to May 7, according to a statement obtained by Business Insider. The statement claims that “LeEco’s business momentum remains strong,” citing a “90 percent revenue increase to $1.99 billion in 2015 and a 59 percent increase in net income.”

A Faraday Future representative told Business Insider that the moves Leshi/LeEco are making are unrelated to the business of Faraday, because LeEco’s billionaire CEO, Jia Yueting, is backing Faraday with personal assets.

Business Insider obtained a letter Jia sent to Nevada lawmakers last week that read in part: “While I am personally backing FF, there is also a diverse funding strategy to help us fully realize our mission and vision.”

The letter does not specify what that funding strategy is, or who Faraday’s other investors are.

Joe Paluska, an electric-car industry expert, says this level of secrecy is unusual. “Nearly every Silicon Valley startup I know goes out of its way from day one to announce the executive team, the product roadmap, the market opportunity, and the investor team,” Paluska told Business Insider. Paluska says if Leshi/LeEco suspended trading on the NASDAQ, it would be easier to obtain information from regulators and other sources. “But because it’s happening in China, it’s causing heartburn, no doubt.”

“When a company like FF suddenly appears — with an unknown major (if not exclusive) investor — it inserts an additional measure of risk into the equation,” Paluska said.

Nevada’s officials seem less worried. Gov. Brian Sandoval responded to Faraday’s letter last week saying, “The speed at which you are moving forward … is a clear sign of the seriousness of your investment in our state and this facility.”

Faraday Future’s representative told Business Insider that it’s moving forward with development of its as-yet-unseen production vehicle, which is currently undergoing cold-weather testing in the Midwest. Faraday has said it would bring its production vehicle to market sometime in 2017.