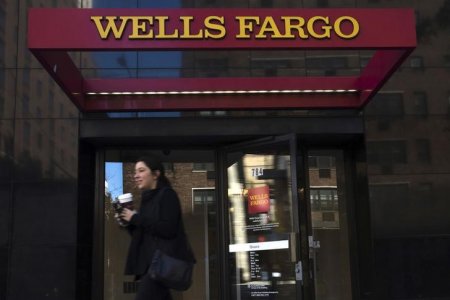 By Olivia Oran and Greg Roumeliotis

(Reuters) – Wells Fargo & Co , in a bid to boost its dealmaking franchise, is hunting for a new head of mergers and acquisitions, according to people familiar with the matter. The bank’s existing head of mergers, John Laughlin, has moved to a vice chairman role, a spokeswoman said.

Wells is looking for a senior dealmaker who can help the bank win roles on high-profile transactions in which it has not historically been a part, the sources said.

Wells, based in San Francisco, has its East Coast headquarters in Charlotte, North Carolina, which is where Laughlin has been based and where many of its bankers sit – rather than in New York, the hub of Wall Street banking.

Wells has seen its stock price and return on equity rewarded for focusing on wealth management and Main Street lending, and this latest move reflects a desire to build out its investment banking franchise.

Although the bank is consistently ranked as one of the top lenders to corporate America, it has lagged in traditional investment banking areas like financial advisory and capital markets.

The bank posted about $2 billion in U.S. investment banking fees in 2015, according to Thomson Reuters data, ranking it eighth among peers. JPMorgan Chase & Co , Bank of America Corp and Goldman Sachs Group Inc generated fees nearly double that of Wells.

Wells captured a 4.7 percent share of U.S investment banking fees, and has climbed less than 1 percent since 2008, when it acquired Wachovia to build up its banking business. The bank did not crack the Top 20 for advising on announced U.S. mergers and acquisitions last year.

Wells, however, has tended to downplay its investment banking ambitions, describing it as one more way to serve corporate customers.

The more modest view has won favor with investors, who have rewarded Wells with a higher price-to-book value than banks such as JPMorgan. Wells trades at 1.48 times book value, compared with JPMorgan’s 1.03 times book.