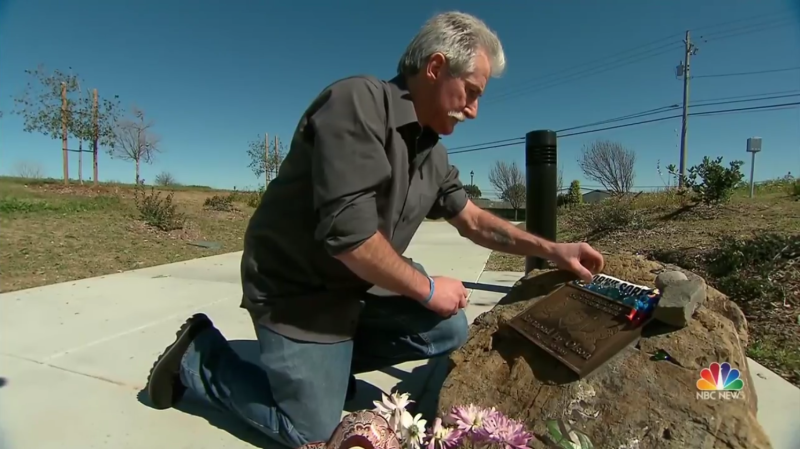 The father who has been secretly maintaining a memorial for his only son over the last 12 years had to finally reveal himself when the company that owns the property left him a note. Fearing the worst, he stepped forward—only to discover the company wanted to make the memorial a permanent feature in its plans to upgrade the property.

Ray Olson has been covertly maintaining a memorial of flowers, lights, and angels to his only son Raymond, who died near the memorial site in a 2003 car crash involving a drunk driver. Olson only visited his son’s memorial at night, fearing that the property owners would notice him otherwise and force him to remove the tribute to his son.

He got an unexpected surprise when Chevron, the company that owns the property in Richmond, California, reached out by leaving a letter at the memorial. Despite his worst fears, the company wanted to make the memorial a permanent fixture in its plans to update the property, according to NBC News:

Chevron decided to team up with the local neighborhood council to dedicate a bench, plaque and photo of Raymond Olson in a nearby park. After 12 years of covertly caring for the memorial, Olson will no longer have to hide.

With the new memorial, Olson said he feels he can finally accept his son’s death.

“It shows you people do still care,” Olson said. “The world has hope.”