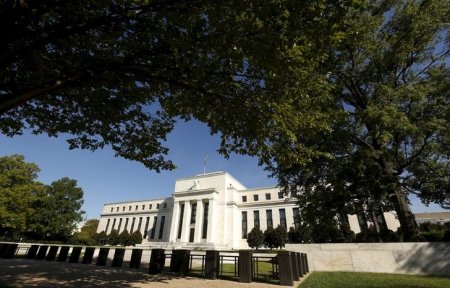 WASHINGTON (Reuters) – The Federal Reserve is expected to leave interest rates unchanged on Wednesday and acknowledge that turmoil in financial markets threatens its upbeat view of the U.S. economy, leaving the chances of a March hike diminished but alive.

All 69 analysts in a Reuters poll see the central bank keeping its key overnight lending rate in a range of 0.25 percent to 0.50 percent when it issues its policy statement following a two-day meeting. The decision is due at 2 p.m. EST (1900 GMT).

A month-long plunge in U.S. and world equities has raised concerns that an abrupt global slowdown could act as a drag on the U.S. economy, with investors now betting on only one quarter-point rate hike in 2016 instead of the four signaled in Fed policymakers’ economic forecasts last month.

The Fed probably does not want to appear too worried by market and economic volatility that could prove temporary, and its rate-setting committee may soften concerns by pointing to solid U.S. job growth.

Many economists expect the central bank to say in its policy statement it is closely following global economic and financial events, as it did following a bout of market turbulence last summer. That language did not appear in its December statement.

“This would constitute a moderate acknowledgement of risks that avoids shutting the door to a March hike,” Goldman Sachs economist David Mericle said.

U.S. economic growth will accelerate this year to 2.4 percent from 2.1 percent last year, according to the median forecast of Fed policymakers last month. New forecasts are not due until March.

Prices for Fed funds futures imply that investors currently see about a 30 percent chance of a rate increase in March, a move that would make the likelihood of four hikes over the year more plausible.

The Fed raised rates by a quarter point on Dec. 16 in a sign the economy had largely recovered from the 2007-2009 financial crisis and recession and was shrugging off weakness in China, Japan and Europe.

U.S. exports took a hit last year, in part due to the impact of a strong dollar , but consumer spending accelerated and overall employment surged by 292,000 jobs in December.

Investors saw almost no chance of a January rate hike and expected only two hikes for the whole year even before the Standard & Poor’s 500 index fell 8 percent in the first three weeks of the year.

Oil prices have also plummeted this year, which could keep U.S. inflation below the Fed’s 2 percent target for longer, but a recent uptick in the consumer price index outside of food and energy could point to a stronger medium-term inflation outlook.

Fed policymakers will be able to sift through the January and February employment reports before their March 17-18 policy meeting.

“The Fed has the luxury of waiting to see what happens,” economists at Cornerstone Macro wrote in a note to clients last week, saying the central bank’s challenge will be to balance financial market concerns with “the encouraging news on both the employment and inflation fronts.”

(Reporting by Jason Lange in Washington; Editing by Paul Simao)