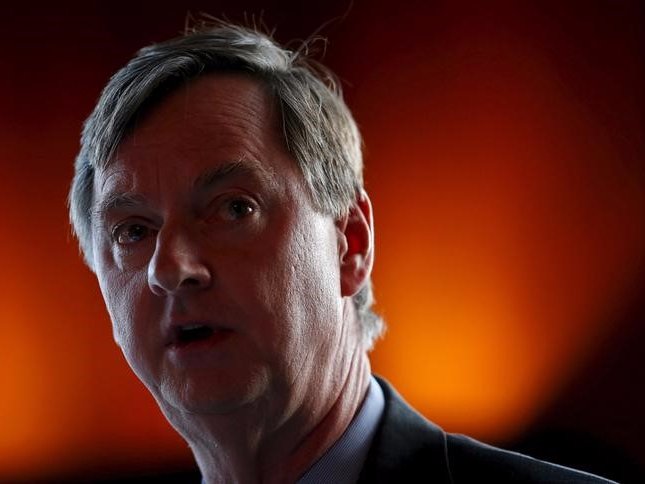 MADISON, Wis. (Reuters) – Chicago Federal Reserve President Charles Evans said on Thursday his view of the U.S. interest rate path in 2016 was consistent with two hikes, and cautioned that monetary policy must take into account the potential for lower economic growth in the long term.

“I think appropriate policy is consistent with some of the most accommodative dots on the chart,” Evans said, referring to the range of economic projections Fed policymakers have given for the Fed’s benchmark interest rate by the end of 2016.

Their median estimate is for four quarter-point rate hikes this year, but Evans is among the Fed’s most cautious members and sees risks tilted to the downside.

“From my perspective, the costs of raising the federal funds rate too quickly far exceeds the costs of removing accommodation too slowly,” he said in prepared remarks before a local bankers association in Madison, Wisconsin.

The Fed raised rates in December, the first hike in nearly a decade.

Chief among Evans’ worries are possible structural changes in the U.S. economy that could mean lower potential long-run growth, he said, which in turn would necessitate a lower equilibrium federal funds rate.

Evans said slower growth in the number of available workers, an aging population and possible slower technological progress compared to the last 20 years were among the factors that could lead to what he described as the “troubling feature” of lower long-run growth.

“These trend estimates are the benchmarks we must take as given when deciding how to set monetary policy,” he said.

Elsewhere in the economy, Evans reiterated that domestic spending looks good, that there remains some additional labor market slack and that he sees lower energy prices and the strong dollar to dissipating over the coming year.

Falling oil prices and an increase in the value of the dollar versus the currencies of the United States’ main trading partners have been cited as key factors holding back inflation from reaching the Fed’s 2 percent target.

Evans is not a voting member of the central bank’s rate-setting committee this year under its rotating system.