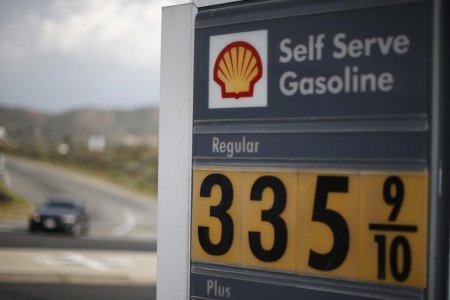 By Ron Bousso and Emiliano Mellino

LONDON (Reuters) – Royal Dutch Shell has told investors its purchase of BG can work even if oil prices average $50 a barrel for two years, its lowest estimate to date as it seeks to secure shareholder support for the $51 billion deal amid plunging crude markets.

The Anglo-Dutch group is confident investors will back the deal at a Jan. 27 meeting, even though crude prices are languishing near 12 year lows around $32 a barrel and it faces a cut to its credit ratings due to higher debts, sources with knowledge of its meetings with analysts and investors said.

When Shell announced the deal in April 2015, with oil trading around $55 a barrel, many investors saw it as a bold move to buy a weakened rival on the expectation that prices would recover to around $90 per barrel within three years.

Initially, Shell indicated the combined group would be profitable with prices in the mid $70s a barrel. Last month, it said the merger would work in the low $60s, as it identified new synergies and cost cutting opportunities.

On Wednesday, finance chief Simon Henry told analysts Shell had conducted stress tests that showed it could withstand oil at $50 a barrel over the next two years, the sources told Reuters.

To weather such an environment, Shell plans to cut capital spending further below the planned $35 billion for 2016, delay share buybacks and extend scrip dividends, where investors are offered discounted shares instead of cash, Henry told analysts.

Shell plans to keep the size of its dividend unchanged, however.

Henry also met this week in London with several of Shell’s top 10 investors, including BlackRock and Capital Group, seeking to address concerns about the deal.

Chief Executive Ben van Beurden is expected to meet other leading investors in London on Friday and both he and Henry will hold phone briefings with U.S. investors next week, according to company sources.

The investors are being asked how they plan to vote on the deal. Several so far have confirmed their support, but most have refused to disclose their plans, according to the sources.

Despite weak oil prices, the deal is expected to win the backing of a majority of Shell’s shareholders.

“I would be very surprised if the deal didn’t get the support of the Shell’s shareholders. A 50 percent vote is very likely to happen,” one top investor told Reuters.

Ben Ritchie, senior investment manager at Aberdeen Asset Management, a top ten investor in both Shell and BG , had previously indicated his company would vote in favor of the deal.

A Shell spokesman confirmed company executives had held meetings with top investors but would not comment on the content of the discussions.

Shell shares fell 2.9 percent on Thursday, having slumped more than 30 percent since the deal was announced on April 8, trailing most of its peers.

In the analyst briefing, Henry said that although the oil market would take time to recover from its worst downturn in three decades, prices would likely average at least $60 a barrel over the next 15 years, the long-term level at which Shell says the deal is profitable, according to sources at the briefing.

The chief financial officer (CFO) nevertheless acknowledged that the weaker outlook and larger debt Shell will assume to finance the deal means credit rating agencies such as Standard & Poors (S&P) and Moody’s will likely lower their ratings.

S&P last July cut Shell’s rating by one notch to ‘AA minus’ from ‘AA’ due to weaker oil prices, warning of possible adverse effects on credit metrics due to the BG acquisition.

Shell has outlined plans to sell $30 billion of assets over the next three years in order to finance the deal, but Henry said Shell was unlikely to achieve a third of that total this year due to low oil prices, the sources said.