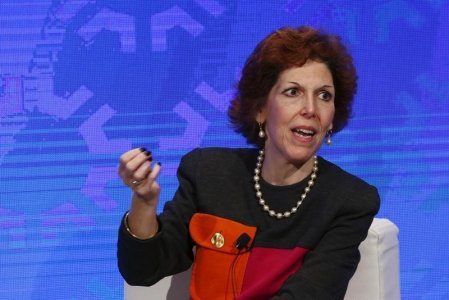 Thomson ReutersCleveland Fed President Loretta Mester takes part in a panel convened to speak about the health of the U.S. economy in New York

Cleveland Fed President Loretta Mester said that while the global selloff in stocks and oil poses risks, she is not about to cut her expectations of continued U.S. economic growth and labor market improvement.

“Until we see further evidence to the contrary, my expectation is that the U.S. economy will work through the latest episode of market turbulence and soft patch to regain its footing for moderate growth, even as the energy and manufacturing sectors remain challenged,” she added.