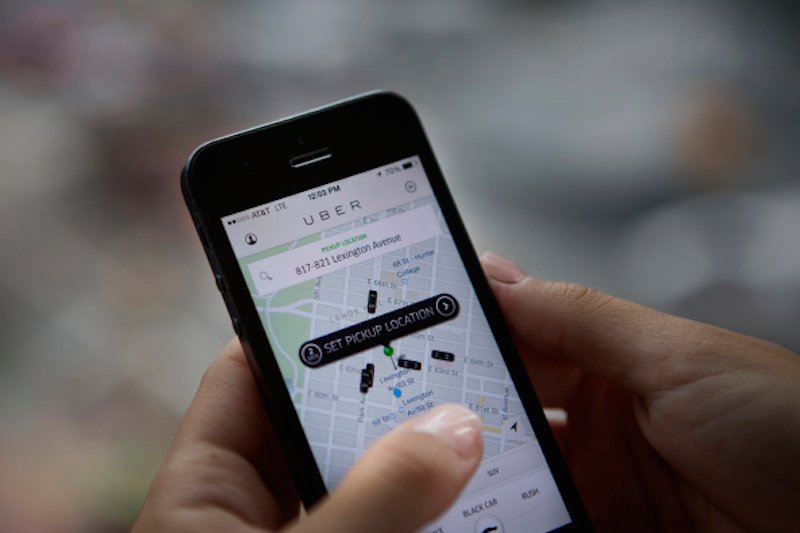 GM explains why it gave Lyft — a startup that wants people to stop buying cars — $500 million: ‘Our business has changed more in 5 years than in the 50 years prior’

On a fourth-quarter and full-year 2015 earnings conference call with analysts on Wednesday, before she uttered a single word about a car or a truck, General Motors CEO Mary Barra talked about leading “the transformation of personal mobility.”

GM was founded in 1908, at a time when over 24 million horses and mules were still owned in the US. By 1960, that number had plunged to 3 million — thanks largely to the Detroit auto industry.

It goes without saying that with Uber and other highly disruptive mobility services on the rise, valued at billions, GM doesn’t want to have done to it what it did to the horse.

But can a company this old, building millions of cars and trucks every year that are intended to be owned and driven by individuals, really make the shift?

If you’ve watched the rocket-like ascent of Uber, now valued at $68 billion, making it worth more than GM and crosstown rival Ford (each with about $45 billion in market cap), you might think that GM doesn’t have a prayer.

Barra does, and that’s why she kicked off her first earnings call of 2016 talking not about Chevys and Cadillacs, but ride-sharing and electric cars (GM in January revealed its $30,000 Bolt EV at the Consumer Electronics Show in Las Vegas). Against Uber’s daunting, unicorn value, that might look like small potatoes. But there’s a way it could be the start of something big for GM — and Uber should pay attention.

If GM wants to jump into ride-sharing in a massive way, it has two things that Uber doesn’t: factories to build cars; and a bank to loan people money to buy them with.

Uber is really a technology platform that facilitates on-demand transportation. Its drivers are all contractors, and it doesn’t own any actual cars. This is very typical for a Silicon Valley startup, where you can achieve a valuation in the billions with a dozen employees, some laptops, rented server space, and an app.

But of course Uber’s drivers need cars. And Uber customers like it best when these are nice, clean, relatively new cars. This makes Uber, in the eyes of most, better than taxis and more convenient than traditional “black car” limos. And if over the next decade, a shift to autonomous cars takes place, Uber — if it’s still around — will need to provide that type of vehicle. This is where all the friction is in Uber’s business model: the technology is easy compared to growing a fleet of cars and several armies of drivers.

GM, meanwhile, can easily build many, many cars. And more importantly, because it has a captive financing arm, GM Financial, it can come up with affordable ways for drivers to buy or lease a vehicle. On the autonomous front, GM is an industry leader; it’s preparing to introduce a super-cruise feature on Cadillacs that should function as well as Tesla’s Autopilot.

Based on Barra’s comments this week, I’d say this is exactly the direction in which GM is moving (thanks to Seeking Alpha for the transcript):

Our announcement with the strategic alliance with Lyft is very significant because we believe, together, we can work and put an autonomous fleet of sharing vehicles available for use quicker than anyone else. We also believe in the short-term the arrangement that we have of Lyft will allow us to capitalize on providing and being a preferred provider for short-term-use vehicles for Lyft drivers that will support not only General Motors’ performance, but also Lyft’s performance.

It’s hard to predict how this will all pan out. But it’s clear that Uber is the mobility provider that has the best shot at becoming the Amazon or Apple or Google of transportation. Its current competitors are valued at many billions less.

So it may take a really old company that just happens to be able to do all the things that Uber can’t, and that’s also valued in the tens of billions, to offer Uber its first real challenge.

SEE ALSO:This unlikely vehicle is one of Ford’s best weapons in its US sales war

NOW WATCH: This is what it’s like to drive Chevy’s Tesla-killer