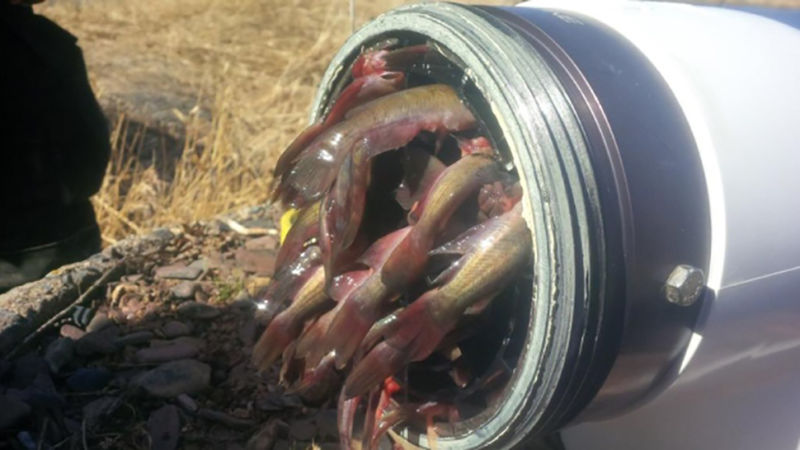 Some brave Canadian laddermen recently showed up to put out a grass fire, but their hoses weren’t getting any suction from the hydrant. Why? Because it was stuffed with fucking fish!

No the fish weren’t literally fucking in the hydrant. It’s just the craziest damn thing that fish somehow ended up in the fire hydrant and—get this—some of them actually survived. CBC reports:

“I know some fire departments in the area have had problems with salamanders in the dry hydrants, but never fish,” [Chief Shawn Carey said]

Carey estimates there were about a dozen fish sucked up from the pond. Some survived the ordeal and were put back in the water.

Nice of the firefighters to let the fish live. But they better not coming running to the United States with those mutant, teleporting fish grow up and decide to invade Toronto.